“When I was diagnosed with Type 1 diabetes, it came as quite a surprise. As time went on, I became more aware that my life was actually hanging from a very thin thread.”

Anthony di Franco, founder of the Open Insulin Foundation, an organization dedicated to providing an open-source, affordable model of insulin production, is being less hyperbolic than you might think. Millions of diabetics in the United States can empathize with the sentiment, which he recently expressed to Freethink in a video interview from June.

Over 35 million people in the US live with diabetes, a condition that is both the 7th leading cause of death in the country and rapidly on the rise, with millions more people being diagnosed each year.

Far from being an inconvenience, a lack of insulin regulation can lead to potentially fatal consequences, ranging from severe cardiovascular damage to the buildup of large amounts of acids in the body.

That makes insulin a life-saving substance for the nearly 7.5 million diabetics in the US who depend on it to survive.

It’s therefore difficult to take even a cursory look at the landscape of insulin production and consumption in the US and see much other than an absurd logistic, economic, and emotional highwire balancing act required of those who have the condition.

Why the insulin market is an expensive mess

The US represents nearly 15 percent of the worldwide insulin market, yet accounts for roughly half of its revenue. That is partially because, according to some estimates, the price of insulin has increased nearly 1,200 percent in the last 25 years. This has resulted in millions of people having to make ever-increasing sacrifices to be able to afford it. 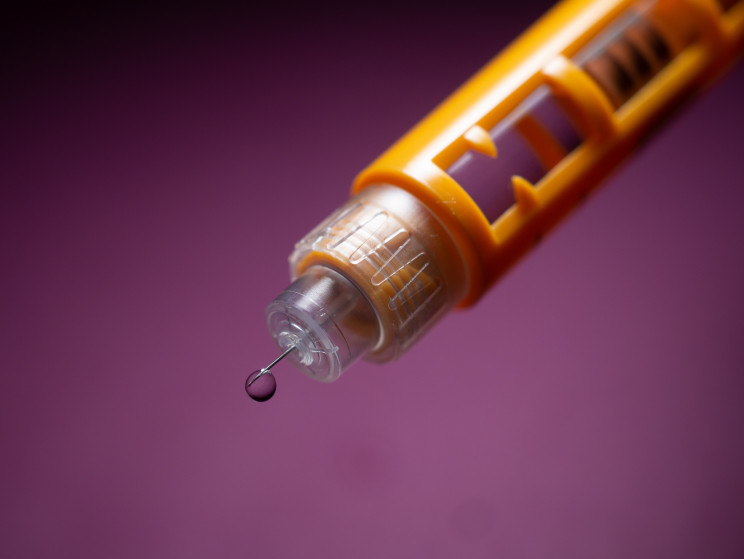 Reports of people forced to choose between eating or proper housing and being able to buy insulin are more and more commonplace. So are stories of the repeated hospitalization (or death) of those who are forced to ration their insulin supply to make ends meet elsewhere.

Why such an astronomic increase in price? Producing insulin is surprisingly inexpensive, just “a dollar fifty to five dollars a vial,” according to di Franco, whose foundation accuses manufacturers of purposefully making minute changes to existing insulin formulas and patenting them, instead of creating more generic (and cheaper) versions of existing ones. However, this is a small part of a much larger issue.

Three companies hold a virtual monopoly over the world’s insulin supply: Novo Nordisk, Eli Lilly, and Sanofi. These companies have a history of raising prices in tandem with each other throughout the years, but that suspected monopolistic behavior is just one reason for insulin’s high price tag.

Further complicating things is the dense web of the insulin supply chain they operate in, which bumps list prices to upwards of $300. These manufacturers liaison with a variety of distribution chains, pharmacies, healthcare providers, and entities known as Pharmacy Benefit Managers (PMBs).

PMBs manage drug benefits on behalf of insurance companies, Medicare drug plans, and other payers. They act as an intermediary to negotiate with manufacturers and pharmacies as part of efforts to control drug spending, and in doing so, they play a large but mostly hidden role in determining the price of drugs for insurers. PBMs also develop lists of what medications are and are not covered for insurance companies, which affects how out-of-pocket costs are set.

“There are other countries around the world that don’t even have access to insulin."

In recent years, PBMs have come under scrutiny for how they conduct their business. While they are responsible for negotiating rebates and other discounts from drug manufacturers, thus keeping prices lower than they otherwise might be, PBMs are also incentivized to favor high-priced drugs over cost-effective ones, as the former enables them to receive larger rebates from manufacturers while holding on to a majority of those rebates and increasing their bottom line.

Transparency is a key issue here. PBMs generally do not disclose the amount of the rebates they keep from manufacturers. Some argue that those and other discounts should be passed on to insurers, who could then use the savings to lower prices for consumers.

The fight to make insulin affordable

The Open Insulin Foundation consists of a group of volunteer scientists in the California Bay Area who are working to reverse-engineer insulin in the lab and set up a patent-free platform to distribute it. The team believes they can reduce those costs by around 98 percent to around $5-15 per vial.

The group's goals are manifold, and one of the biggest challenges they face is to increase competition in a market that is virtually bereft of it.

“Our work definitely aims [at] that situation where people can produce medicine without facing any competition,” di Franco says.

Finding ways to circumvent the unruly system of distribution is likewise on the group’s radar, and the biohackers aim “to develop easy to manage, easy to repair, and affordable equipment to sustain local and community-built insulin production,” according to the Open Insulin Foundation website. The equipment needed to make insulin can be prohibitively expensive — finding a sustainable way to allow small, local labs to produce it at affordable costs could be a game-changer for diabetics across the country. 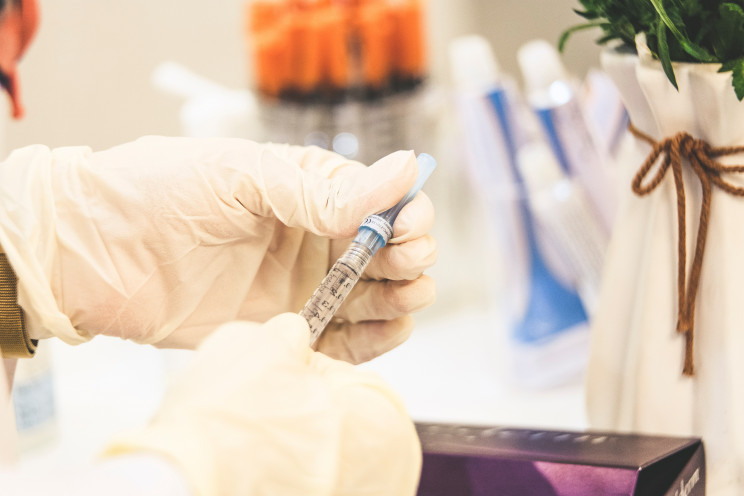 The science behind insulin production has so far been difficult for the group to solve, but they are making significant strides forward. As the finished product is a biologic rather than synthesized drug, meaning living organisms are needed to make it, it’s neither simple nor cheap to produce from scratch.

Getting through the approval process for creating biologics can be an investment that runs into the hundreds of millions of dollars, a hurdle that the big three manufacturers of insulin have long since cleared. This is also the reason why there is only a single generic version of insulin on the market, offered at a price that’s only 15 percent cheaper than patented versions.

Shining a light on an opaque industry

The state of the insulin market has also garnered attention from the US government. In 2019, the US Senate Finance Committee opened an investigation into how the big three insulin manufacturers, along with a number of PBMs, determine the process by which they price their insulin products. As these companies do business with a number of entities under the committee's jurisdiction, government representatives were keen to learn as much as possible regarding how the system operates and what could be changed.

The full report is illuminating. In it, Senate officials note that drug manufacturers have been discouraged from setting lower prices for their products for fear that PBMs would be displeased with how such a move might affect their share of the money flow.

Without PBMs help, these manufacturers would likely lose a portion of the market share, so drug companies remain sensitive to their partners’ bottom lines. The report also highlights a number of instances in which manufacturers increased the price of insulin in lockstep with each other, and that overall, pricing decisions have little — if anything — to do with concern for the people who need the insulin they are providing.

Together, these factors have combined to create a difficult to navigate and, some would argue, inhumane system for diabetics to make sense of.

An open-source future for diabetics

Despite the convoluted nature of the system the Open Insulin Foundation is up against, members of the project remain optimistic.

“If you depend on something to survive, you should be able to control it.”

“We are able to produce insulin in the wet lab,” says Louise Lassale, the Foundation’s communications manager. “We are getting close to [...] a protocol that could be used to actually produce insulin that is injectable.”

For now, the group is focused on creating a blueprint for small companies to make generic insulin with an eye to it being produced in small clinics and hospitals as needed.

The Open Insulin Foundation is unlikely to be able to clear the substantial financial regulatory hurdle presented to them. It’s possible, though, that diabetics themselves could become small-scale DIY insulin producers in the future, thus legally avoiding the need to spend millions of dollars working through regulatory frameworks. Anthony di Franco believes insulin production could be scaled down significantly and platforms be made available for roughly “the price of a small car,” he told Healthline in an interview in 2018. 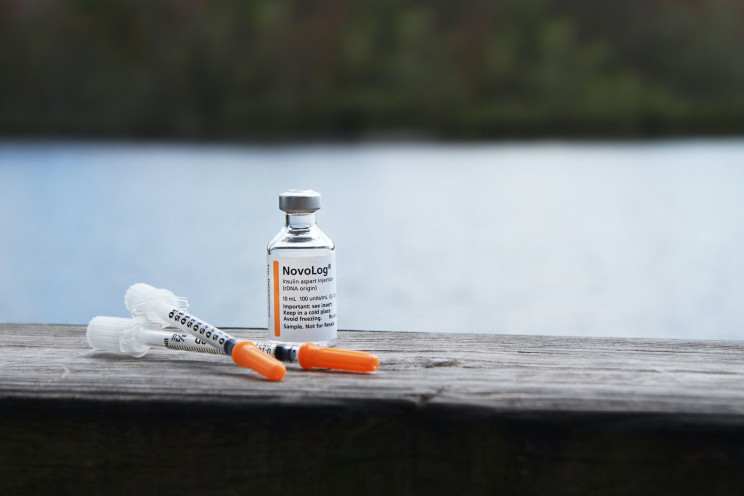 That optimism might not be misplaced. Diabetics have a history of taking matters into their own hands by circumventing the industry and hacking insulin pumps. Home-brewed insulin could become a commonality in the near future as well.

While this behavior comes with its own set of questions and risks regarding regulation and safety, the Foundation’s members are confident things are, at the very least, headed in a better direction.

Success in their goals would also have implications that reach far beyond US borders, something that is added motivation for the plucky band of biohackers.

“What’s great with Open Insulin is [that] it’s international,” says Lassale. “There are other countries around the world that don’t even have access to insulin. It’s not even that it’s too expensive, it's just not there.”

A sea change may indeed be on the horizon. In February of last year, the Food and Drug Administration (FDA) changed its guidelines to allow drug applications to qualify as product licenses, effectively increasing the chances of biological products like insulin to enter the market and increase competition in what has been essentially a monopoly up to this point.

There are seemingly few legitimate reasons to oppose such a movement, especially at a time when Type 2 diabetes rates are rising in dramatic fashion in the US and millions are at risk from the condition. Life-saving treatment cannot be considered a luxury. As Lassale puts it, “If you depend on something to survive, you should be able to control it.”

Thanks to the Foundation’s efforts, that control could soon find its way back into the hands of the people who need it most. 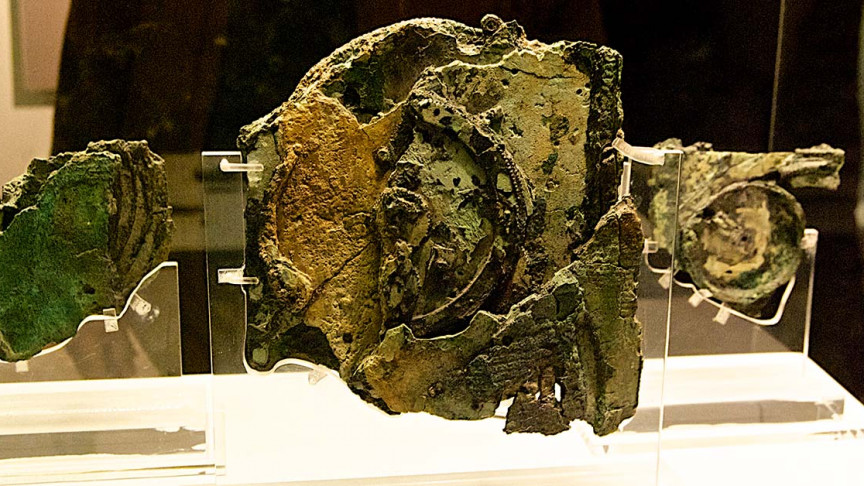 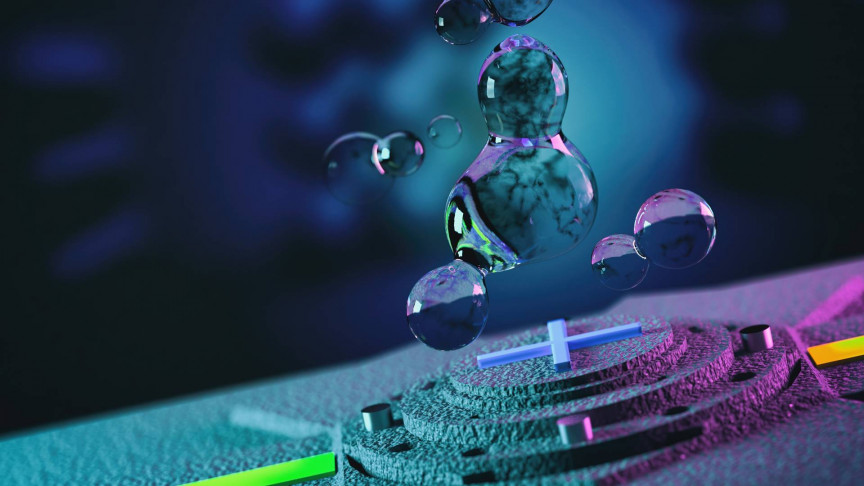 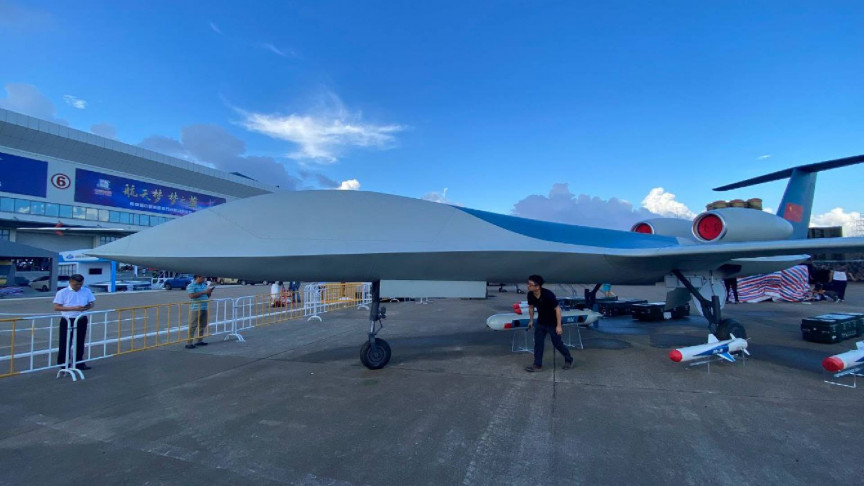 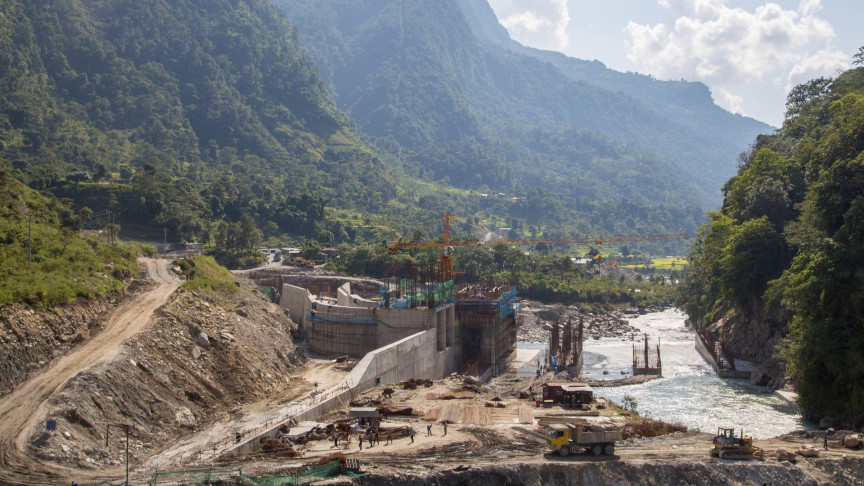 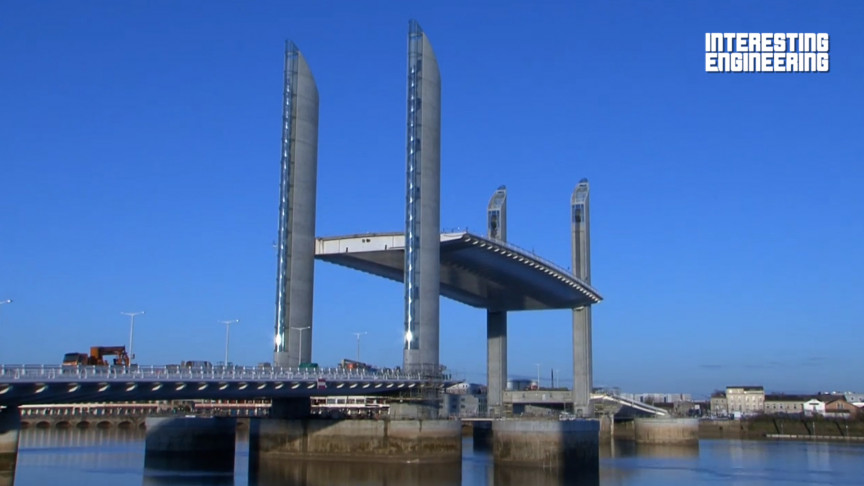 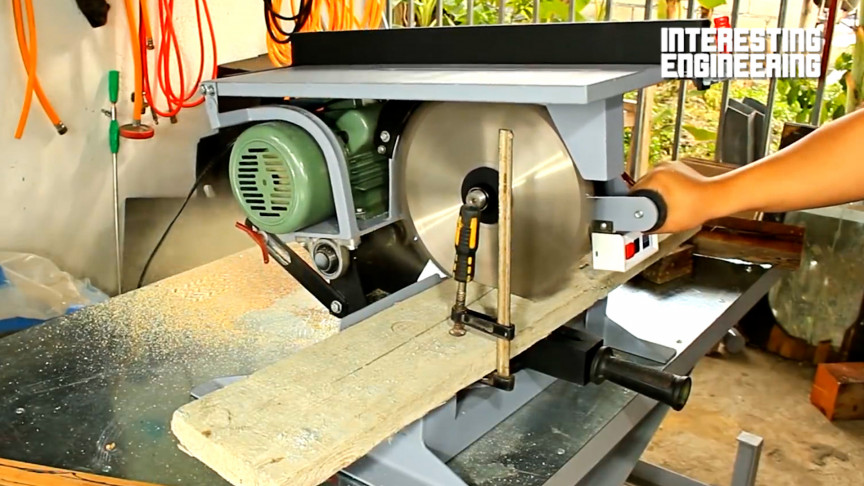 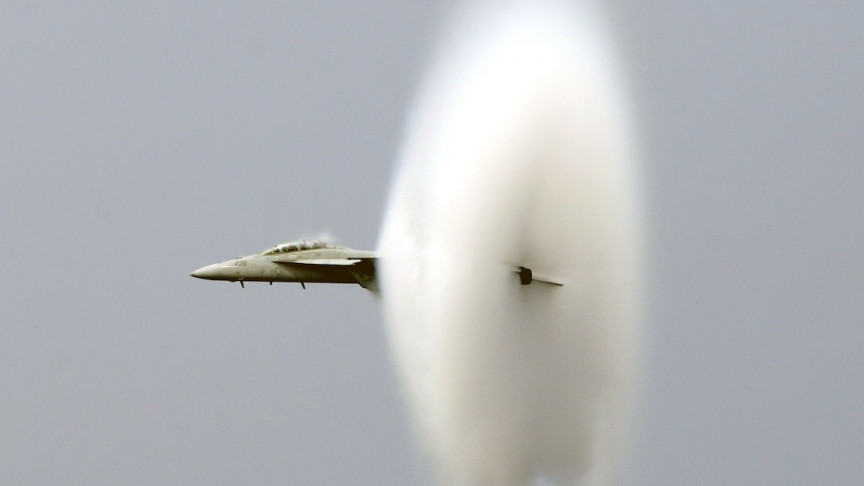 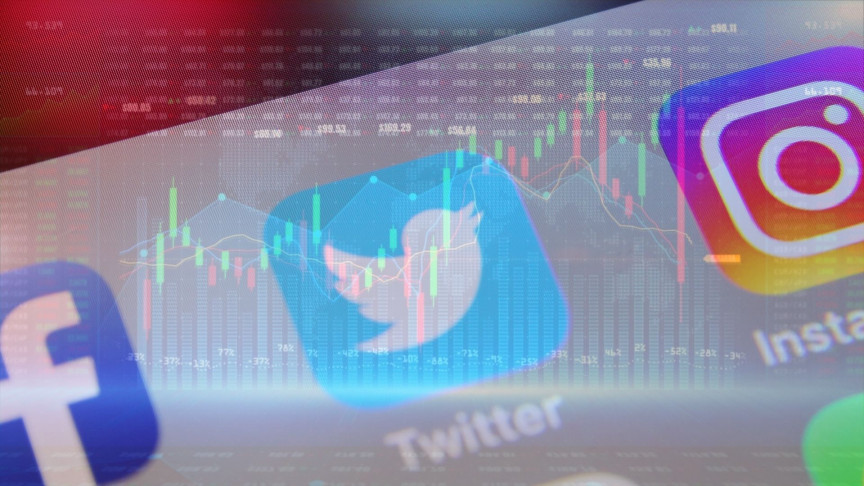 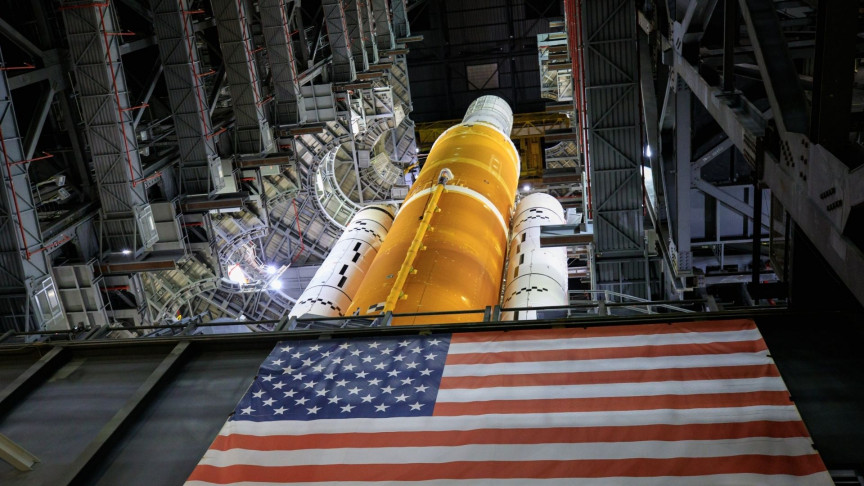 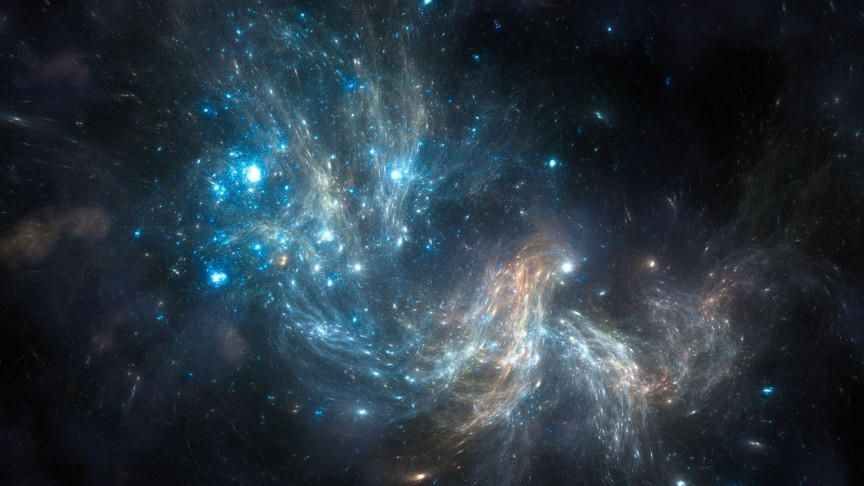