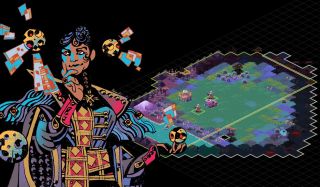 There are some games where I only need to see the briefest of glimpses to know that, oh yes, this is for me. Cantata is on that list. One look at its kaleidoscopic map full of funky little troops and alien topography was all it took for me to desperately need to know more—to see what all these evocative units and strange buildings do, and find out what this striking sci-fi war is all about.

It is an unconventional wargame that's inspired comparisons with a lot of important games, from Alpha Centauri to Into the Breach. There are shades of Advance Wars, and a logistics system that's been compared to Factorio. These comparisons are fair, but Cantata is very much charting its own course, and when all the disparate elements that conjure up these classic games come together, there's very little actually like it.

Chiselled down to the bare essentials, Cantata is a turn-based wargame with a particular focus on logistics, specifically the transfer of goods and resources from one building to another in an expanding network that keeps your warmongering ticking along. To build the jeep-like rickshaw vehicle, for instance, you need fuel from one building and metal from another, so you link them up together and make sure every node in the chain is well supplied.

Despite having a top-level view of the network, I feel like I'm down in the guts of my factories, thumping big buttons and pulling levers to keep the supply chain running. There's a subtly tactile magic at play here, even though you're not literally ferrying goods yourself or working the engines of industry with your own hands. It's a system for tinkerers. Even though you're trying to build an automated system, pure automation is not the end goal. You will always need to step in and make adjustments because your needs will keep changing. By necessity, the network will need to be expanded to other regions, and as it grows you need to be even more reactive and on the ball.

You can only plonk down a few buildings per region, thrusting you into conflict as you delve into your opponent's territory. So you must fight off your enemies, lock down a new area and continue the network. Expansion is also necessary if you want to maintain the flow of global resources like ore and diamonds that every construction project requires, which must be ripped from the ground and only exists in finite quantities. You are always at the mercy of the planet, Shoal, and what the map decides to give you.

Failure is less likely to be the product of a smart enemy or a big attack—your foes are surprisingly lacking in aggression and don't range very far in the three campaigns in this Early Access build—than mismanagement of your logistics network. Maybe you forgot to turn off your mines, or ended up making loads of fuel when you actually needed something entirely different. The conquest of Shoal, undone by bad admin.

Despite having a top-level view of the network, I feel like I'm down in the guts of my factories, thumping big buttons and pulling levers to keep the supply chain running.

This is not to say that opposing armies aren't a threat, and within each of the three chapters there are plenty of challenges. In Chapter One's map, I lost an expensive army in just a few turns by recklessly wandering into a fog-drowned swamp, hiding within it my introduction to the alien faction, lingering on the peripheries of the human-machine conflict raging across the region. Visibility issues and enemy mechanics I wasn't familiar with spelled my doom. But the real risk from foes is that they might break your supply network, destroying a vital building and leaving your war machine starved for resources.

Managing logistics is one of the more grognardy aspects of wargaming, and for a logistics slut like me one of my favourite parts, but if the thought of spinning elaborate webs to make sure vital resources get to your front line doesn't get you all hot and bothered, this might seem a little dry. Thankfully, that's not something Cantata could ever be accused of—it's delightfully unusual.

The mixture of bold character and map art—which are distinct but equally evocative—and the subtle world-building achieved by conversations that are somehow both terse and characterful creates a singular concoction that I confess I am utterly enamoured with. Image Comics' Prophet revival, created by author Brandon Graham and a stable of exceptional artists, is probably the closest relative to Cantata's vibe, which I can assure you is high praise—it's one of the greatest sci-fi series of the last decade. Saga, Invisible Kingdom and Spire—all published by Image—also spring to mind. Cantata is, as I said before, absolutely doing its own thing, but they all share a love of high-concept sci-fi with a big dollop of mystery and magic.

Each of the three factions is juiced up with flavour and does things their own way. The humans are the most conventional of the trio, with their big, blocky factories and armoured vehicles juxtaposed to the alien world they're pillaging. The aliens and machines are a bit more exotic, and importantly they aren't meant to be reflections of each other. Their buildings, units and mechanics are all distinct, full of quirks exclusive to each army.

Cantata's spooky aliens, for instance, use ghosts as their primary unit. They aren't much of a threat, but they're also an important resource used in the creation of more advanced units, and when those units are destroyed in battle, they leave behind that same ghost, giving you an opportunity to get revenge and, if the ghost survives, recycle it, popping it in a new unit. The very foundations of each faction set themselves apart from each other, right down to how they harvest global resources. They have unique commanders, too, who provide most of the text accompanying the chapters, and are also present on the map, assisting their minions with their beefy health pool and extra-powerful attacks.

The distinctiveness of each faction is a feather in Cantata's cap, except it makes learning to play a bit tricky. See, the basic and advanced tutorials only let you play as the humans, which makes the first chapter relatively accessible, but when you move onto the second one, where you're playing as the aliens, a lot of what you'll have learned will be completely useless. While the early objectives do try to teach you the basics, a dearth of clear tooltips or information on units and buildings makes figuring things out a pain in the arse.

More tooltips and tutorials don't seem like too big a job, though, so I hope to see them introduced while it's in early access. More challenging to solve, perhaps, is the very slow pace. It takes an age to do anything, and those precious action points run out very quickly. It used to be even slower, but Afterschool Studio made some tweaks after releasing a demo, unshackling unit movement and attacks from the AP system. Now, every unit gets one free move and one free attack, and it's only when you push them further that AP gets spent. But it remains necessary for all construction and recruitment projects, and thus continues to impose significant limitations on what you can do each turn.

Limitations can be good, of course. Just look at Old World's brilliant Orders system, which limits how many actions you can take per turn. While this does, at least initially, force you to prioritise, its real benefit is taking the pressure off you to do a million things every turn. No more notifications that you've got a unit you can still move, even though you don't really want to. Old World also boasts an undo action feature that can be used to undo entire turns, so if you feel like you've wasted some Orders, you can correct your mistake.

Cantata is still trying to find the balance that makes Old World's system work so well. Regardless of the size of my army, I just never feel like I can do enough, a problem that's exacerbated by the fact that I often end up burning turns while I wait for resources to be funnelled into new buildings.

The distinctiveness of each faction is a feather in Cantata's cap, except it makes learning to play a bit tricky.

Just take the work involved in constructing the alien healing unit, for instance, which also doubles as a resource harvester. First, you need to plonk down your HQ, and then the building that constructs the harvester. The HQ has to start generating its unique resource, which is then used to supply the other building. A ghost also needs to be recruited at the HQ, which requires the same resource being funnelled to the other building, as well as AP and some of the basic global resources. Once the ghost has been recruited, it needs to be moved and stored in the other building, and then, once that building has been fully supplied, you can finally build your harvester. You'll still need to hit 'end turn' one more time before you can use it, of course.

Now, I actually love how involved the logistics system is, and how much fiddling around with it I have to do, turning things off and on to maximise efficiency, creating new supply routes, playing around with so many levers. But even for me, there's just too much busywork and waiting around just to get the most basic part of my faction's infrastructure up and running.

So yeah, Cantata could stand to pick up the pace a bit. That said, it already works better than it did in the demo, even if it introduces an element of inconsistency in how AP is used. The supply network does alleviate the problem of making your way across the massive maps, however, since you can make the links between buildings work like roads, getting you across the alien terrain faster, at least once you've spent many, many, many turns developing the network.

Here's the thing: Cantata is an experiment. Afterschool Studio has some ambitious ideas that have already spawned one of the most interesting strategy games I've played in a while, but it's still very much figuring things out. I've got to admit that I'm pretty tired of early access in general, and I think developers are getting far too used to using players as free labour, but Cantata has so many peculiarities that this kind of open development makes more sense. I can't wait to see how the feedback and Afterschool's plans coalesce, and this is absolutely a strategy game you should be keeping an eye on.

Fraser is the UK online editor and has actually met The Internet in person. With over a decade of experience, he's been around the block a few times, serving as a freelancer, news editor and prolific reviewer. Strategy games have been a 30-year-long obsession, from tiny RTSs to sprawling political sims, and he never turns down the chance to rave about Total War or Crusader Kings. He's also been known to set up shop in the latest MMO and likes to wind down with an endlessly deep, systemic RPG. These days, when he's not editing, he can usually be found writing features that are 1,000 words too long or talking about his dog. 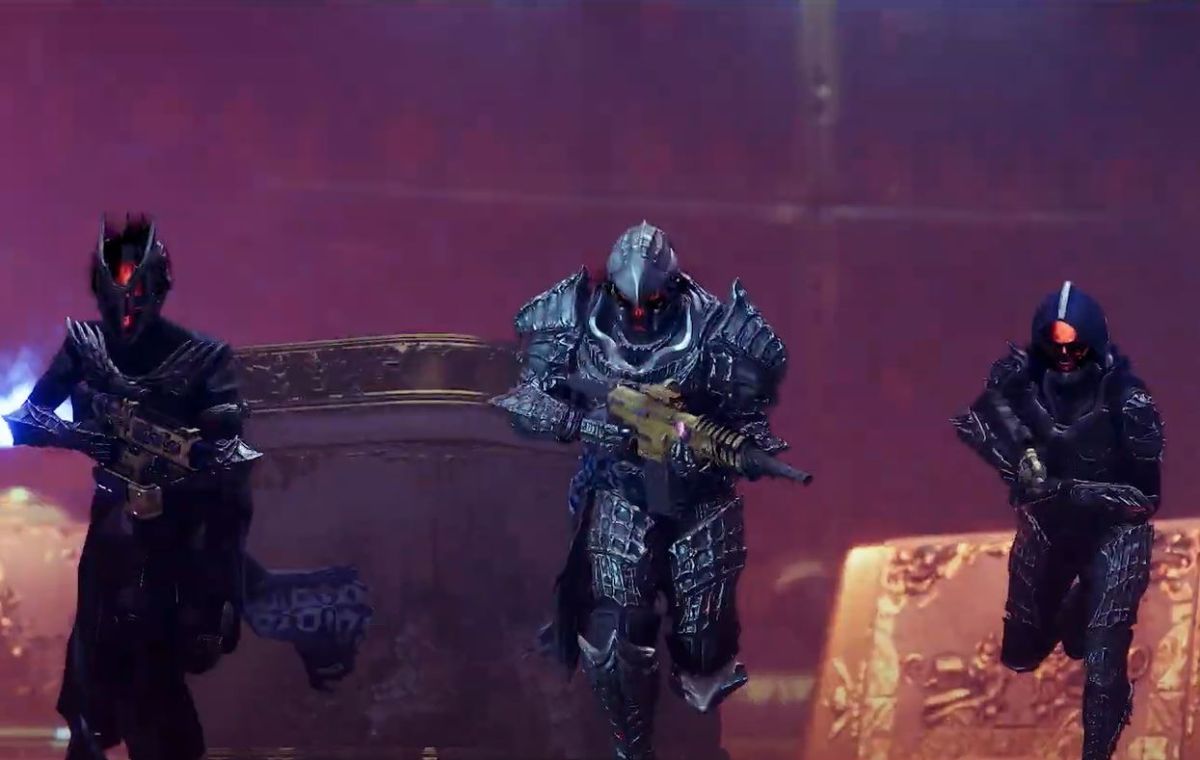 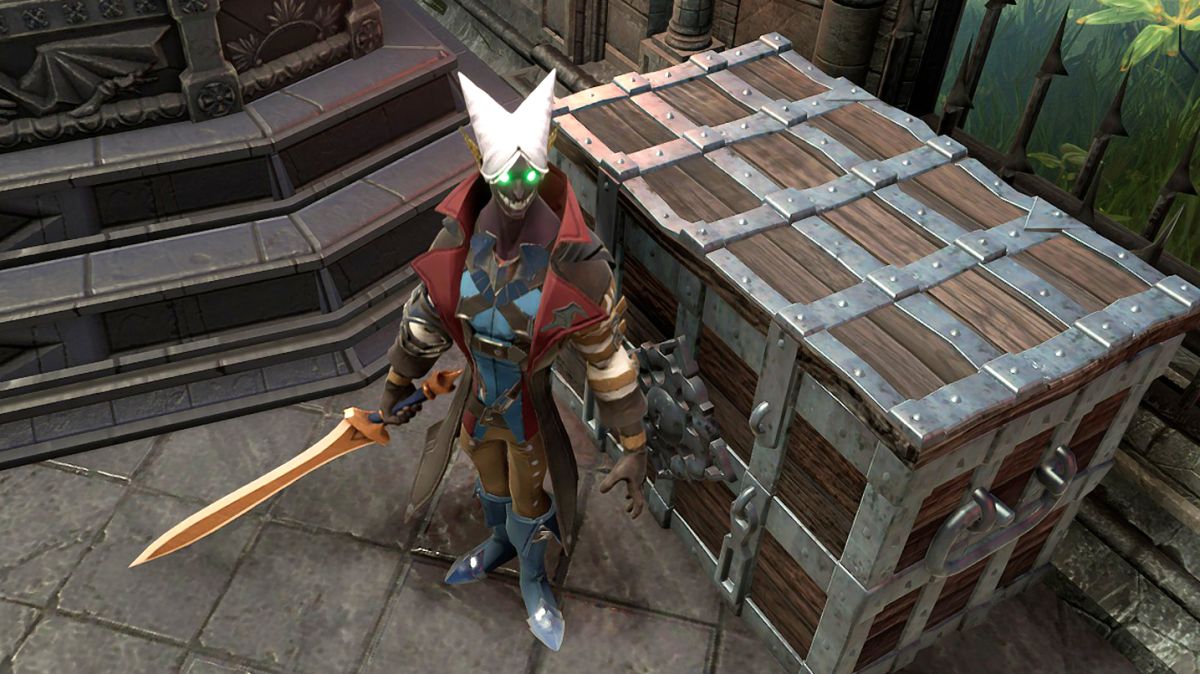 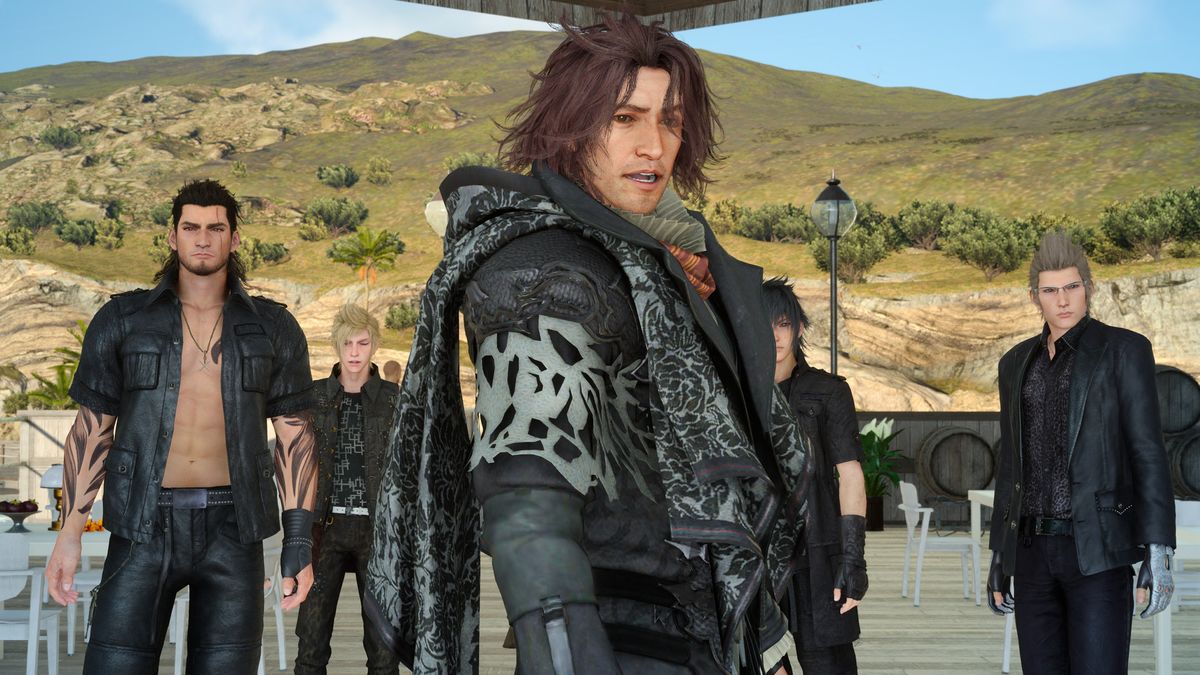 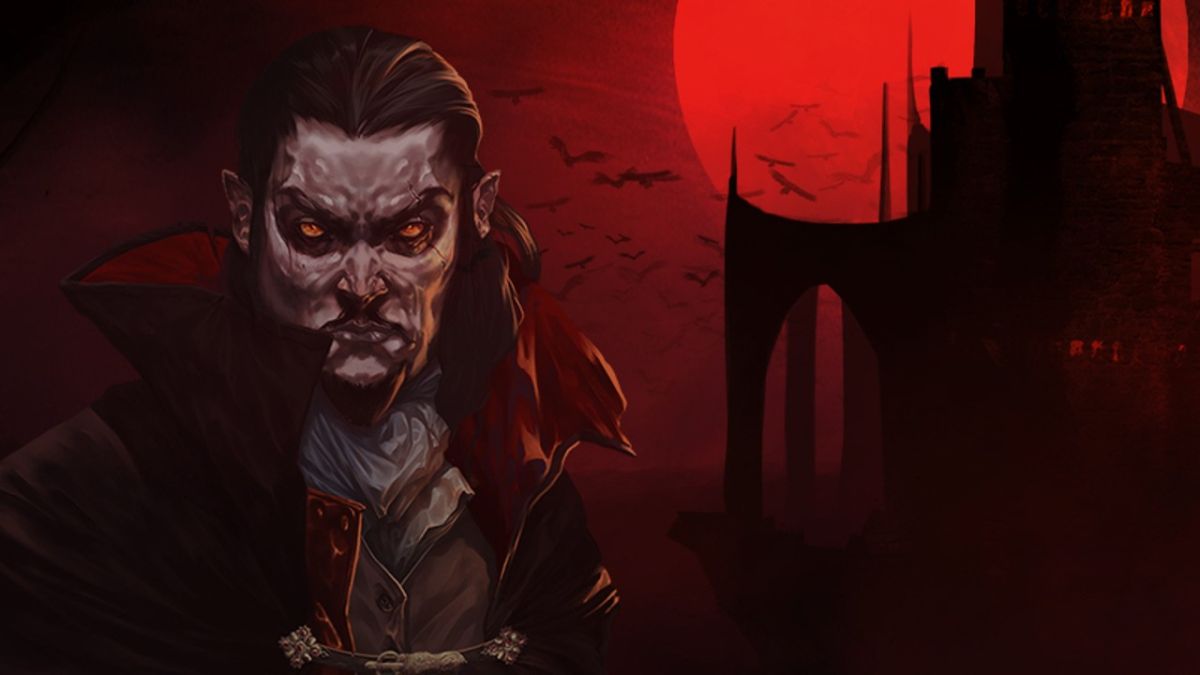 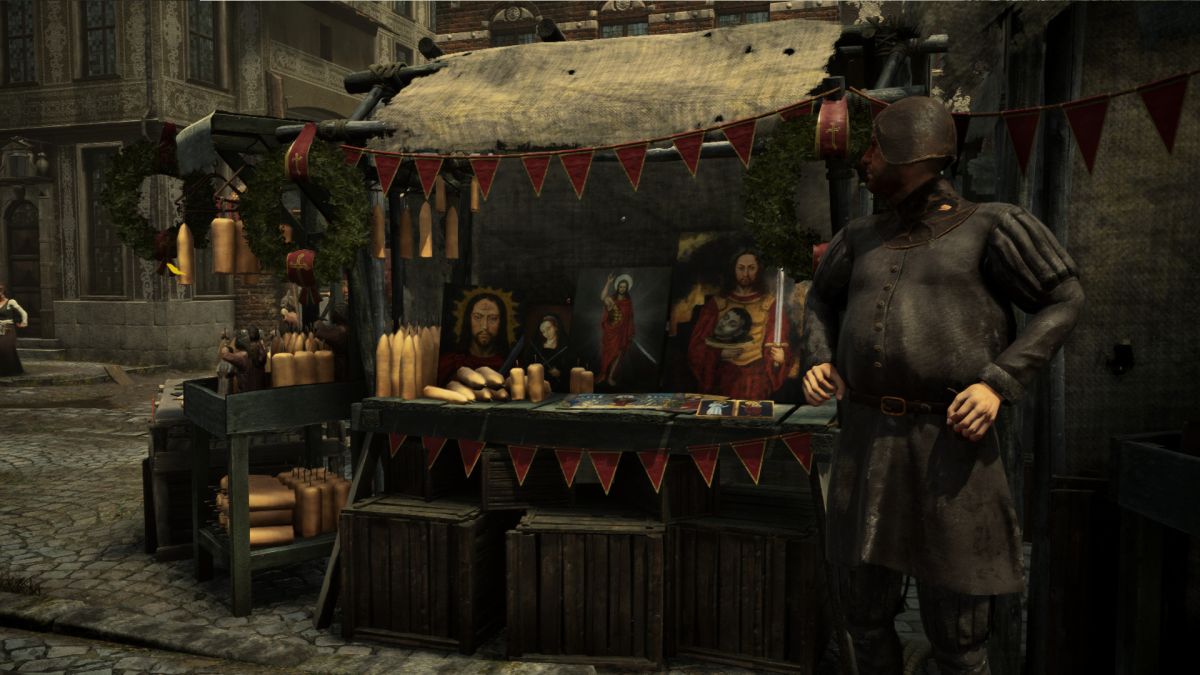 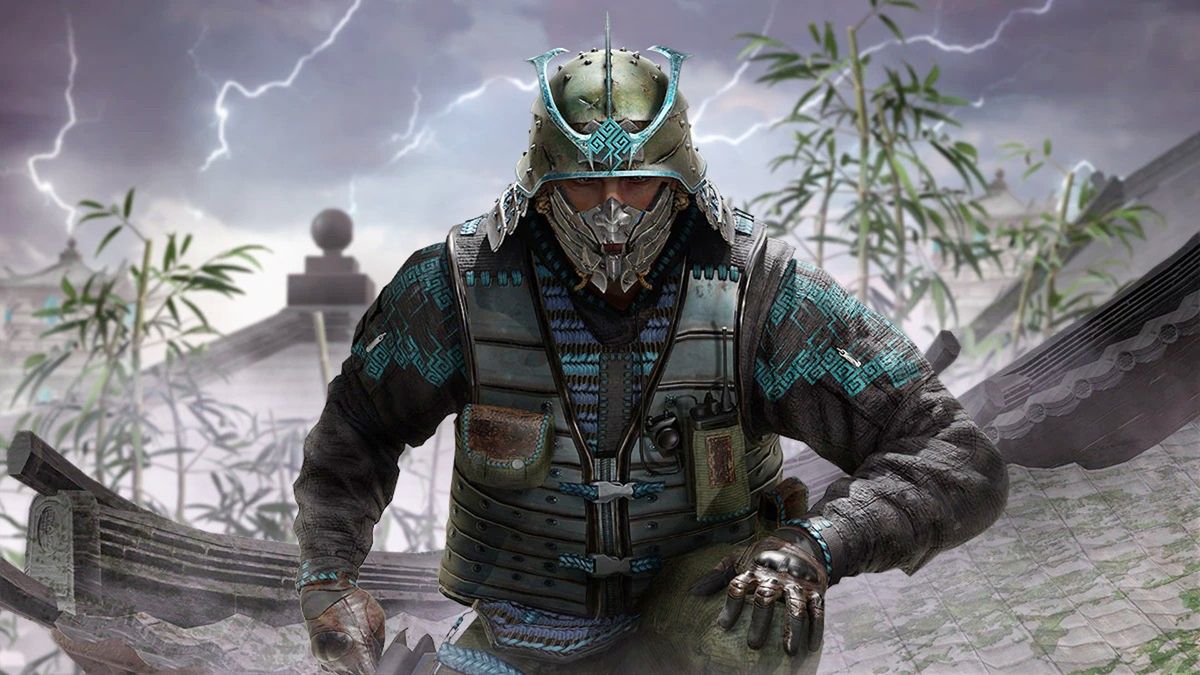 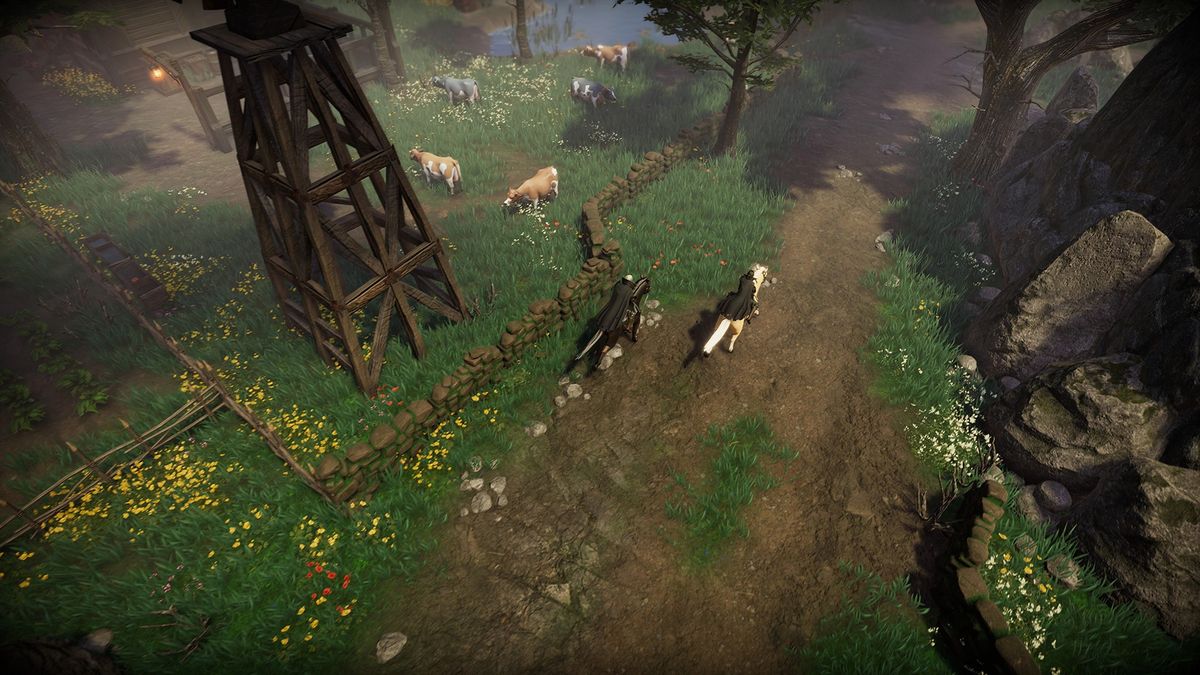 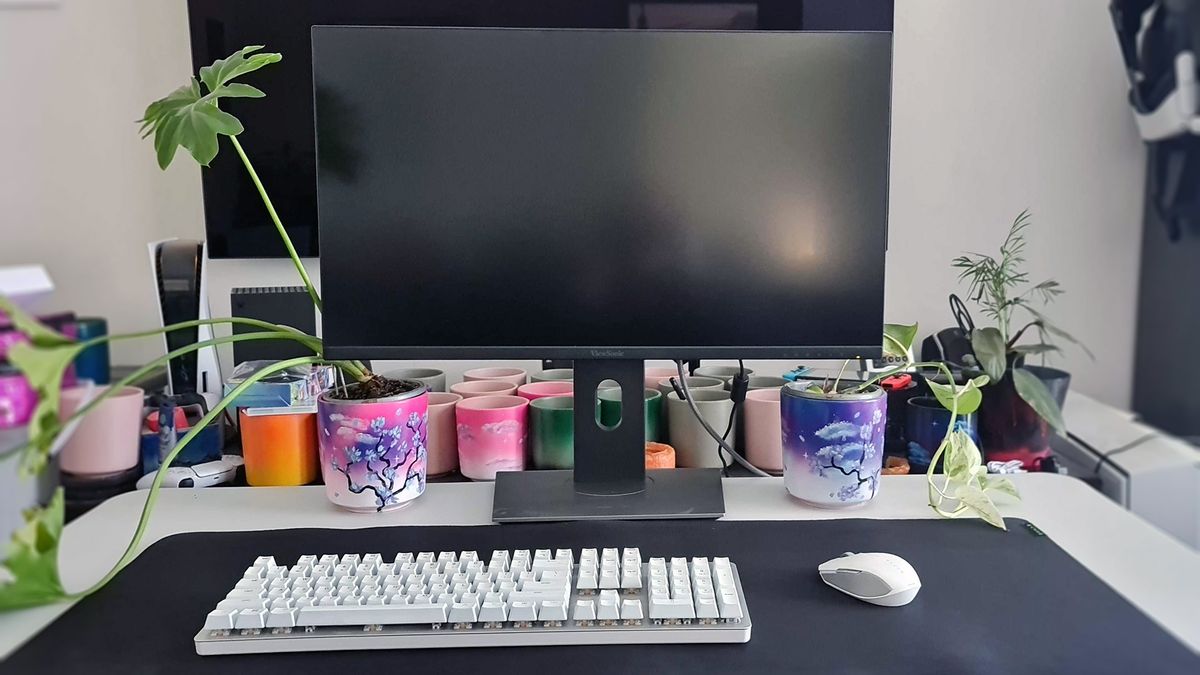 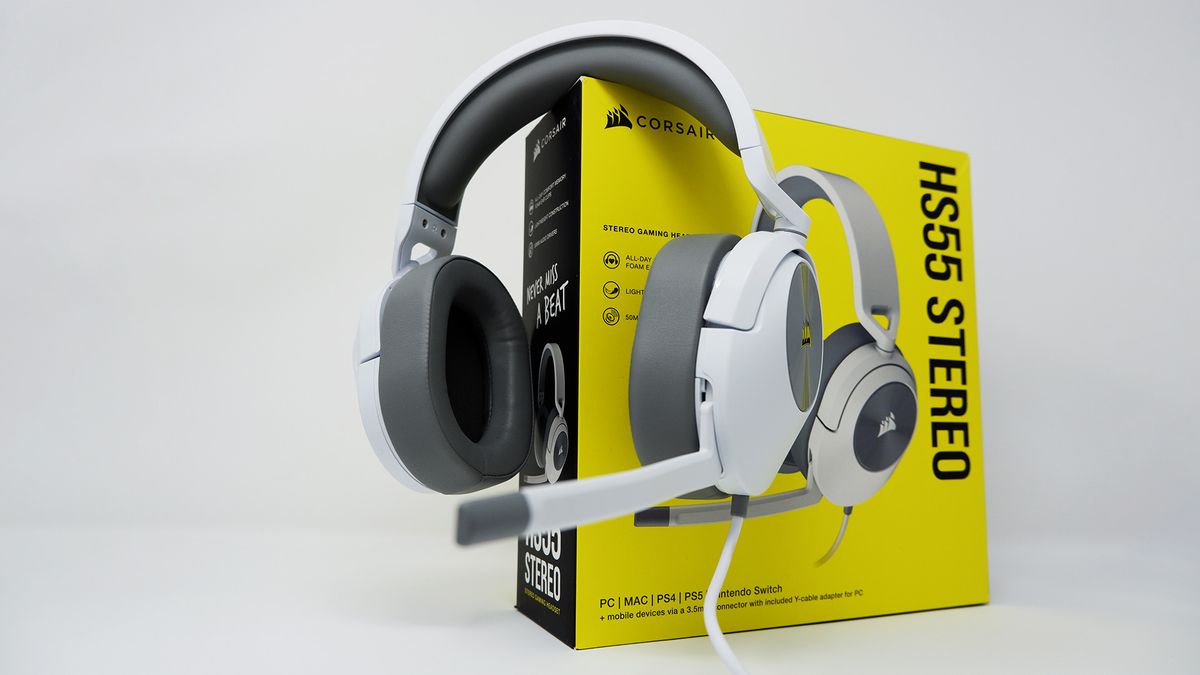 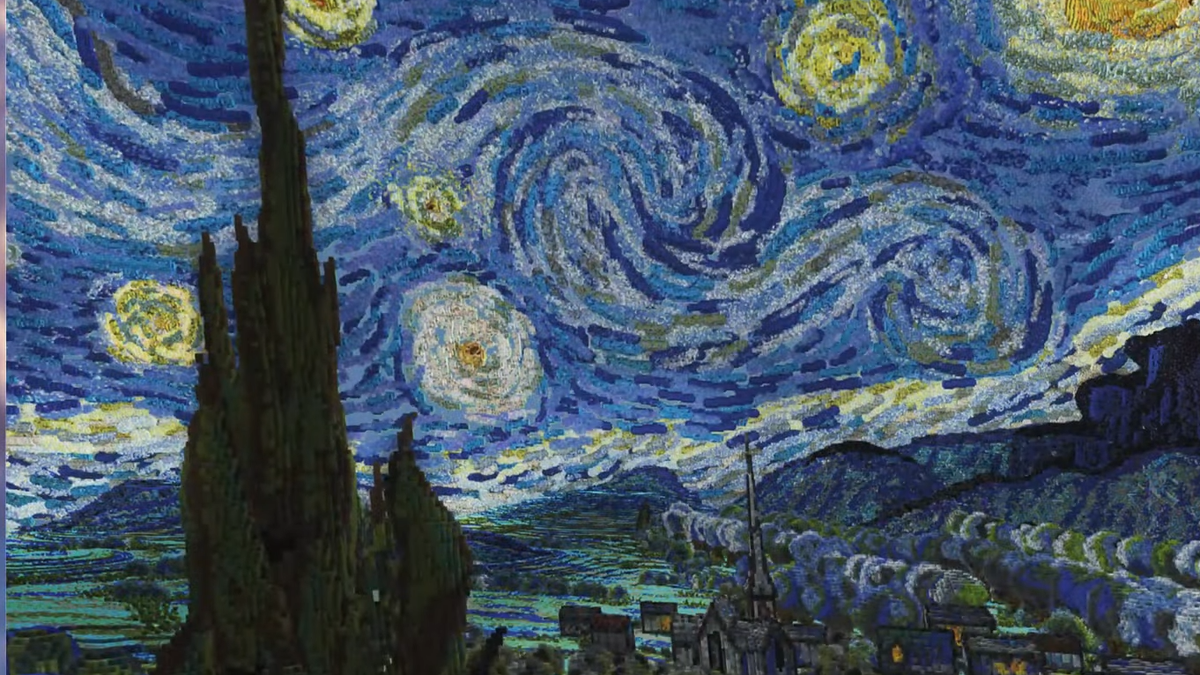