China Built the World's Largest Antenna. And It Uses Earth as a Gigantic Radio Station? 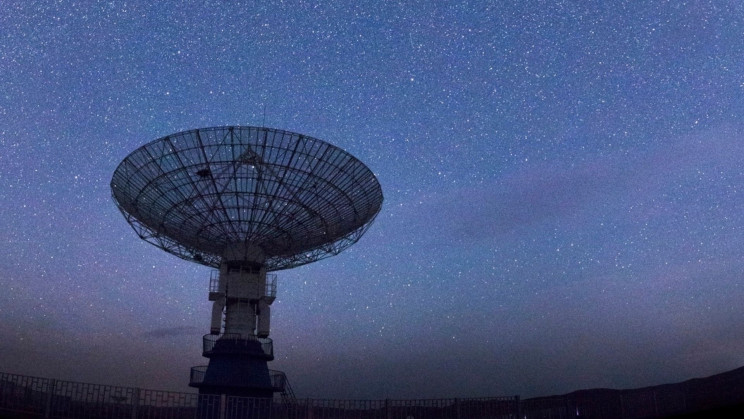 China has been slowly but steadily working its way to the top. Frequently making headlines with its space-related developments, the country now claims to be operating the world's largest antenna for its submarine operations.

What's special about the antenna is the fact that it was designed to maintain underwater communications over 1,900 miles (3,000 km), enough to reach Guam, the biggest U.S. military base in the western Pacific Ocean, according to the project’s lead engineer Zha Ming and his colleagues from the Wuhan Maritime Communication Research Institute, reports South China Morning Post.

A paper published in the Chinese Journal of Ship Research details that the receiving devices planted 700 feet (200 m) below the surface on the seafloor can pick up signals from the giant antenna 800 miles (1,300 km) away.

The antenna is built using a large network of cables and pylons similar to that of traditional power lines. The system works through two underground transmitters that charge with electric current, and thus, turn the Earth into a gigantic radio station, reports SCMP.

According to the research team, the Chinese antenna is the world’s first large-scale extremely low frequency (ELF) facility open to non-military users that can generate electromagnetic waves from 0.1 to 300 Hz. These waves can travel long distances both underwater and below the surface with ease.

But adjusting wasn't easy. If the electric currents get too powerful, they could create a magnetic field that could affect the cables' conductivity. That's why the generated radio waves should be fine-tuned. The team said that they have solutions to these problems and the facility has exceeded the previously-set necessary standards.

While these signals will be mainly used to send and receive important messages to and from vast distances, scientists have also stated that they could be used to monitor fault lines below the surface and help assess possible earthquake risks for Chinese cities.