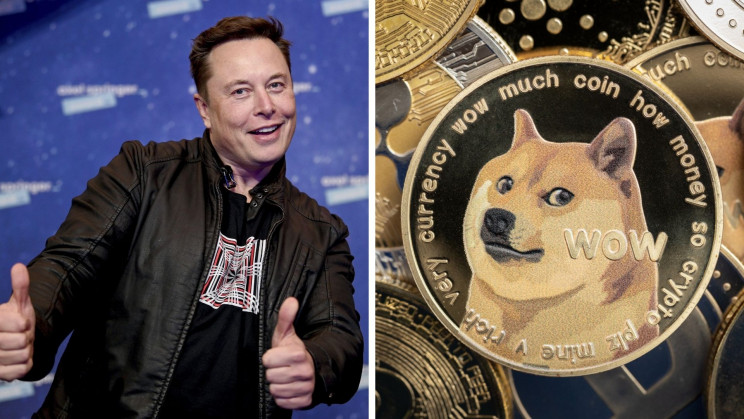 Cryptocurrency Dogecoin saw some gains in its value after Elon Musk-led Tesla began accepting the altcoin for purchasing merchandise on its website, Coindesk reported.

And as is the case with most official announcements from Tesla, this update came from Musk's Twitter as well.

However, the announcement was hours after the self-proclaimed creator of Dogecoin tweeted that the electric vehicle maker was accepting his altcoin.

The fate of Dogecoin is pretty much linked to Musk. Last year, the Securities and Exchange Commission investigated Musk for his tweets about the cryptocurrency that sees its fortunes turn every time Musk speaks about it.

Although Musk's car company has been more open to accepting Bitcoin in the past, his space venture SpaceX has diversified and supported Dogecoin. Tesla stopped the Bitcoin experiment, citing environmental concerns, but never let go of the coins it had received, which have seen some sharp rise and falls in the past year.

Following Christmas, we have seen a dip in Bitcoin once again and while crypto coins seemed to be heading toward a downward trend, Musk has stepped forward once again to say that Tesla will accept Dogecoin. In all fairness, Tesla is only putting into action what Musk had said prior to Bitcoin's fall. But the timing is unlikely to be coincidental, given that Musk is not really a stickler for deadlines.

The decision has seen Dogecoin's value against the U.S. dollar soar by over 10 percent, Coindesk reported. However, there are only a few things in the store that one can purchase using DOGE, like the Cyberquad for kids for 12020 DOGE), GIGA Texas Belt Buckle for 835 DOGE), and the Cyberwhistle that was launched last month for 300 DOGE.

Although Nakomoto's tweet above shows the Cyberwhistle in stock, at the time of writing, it had gone out of stock already and you are again more likely to find it on eBay than Tesla's website.

Musk had said in December that the DOGE was also an experiment and he would see how it goes. So, we shouldn't be surprised if another tweet shuts it down.