The FG has revealed that it is reviewing the content exclusivity ban included in the amended National Broadcasting Commission (NBC) 6th code.

The development was disclosed by the Vice President, Yemi Osinbajo, during a virtual chat with Facebook’s Vice President of Policy and Communication, Nick Clegg. 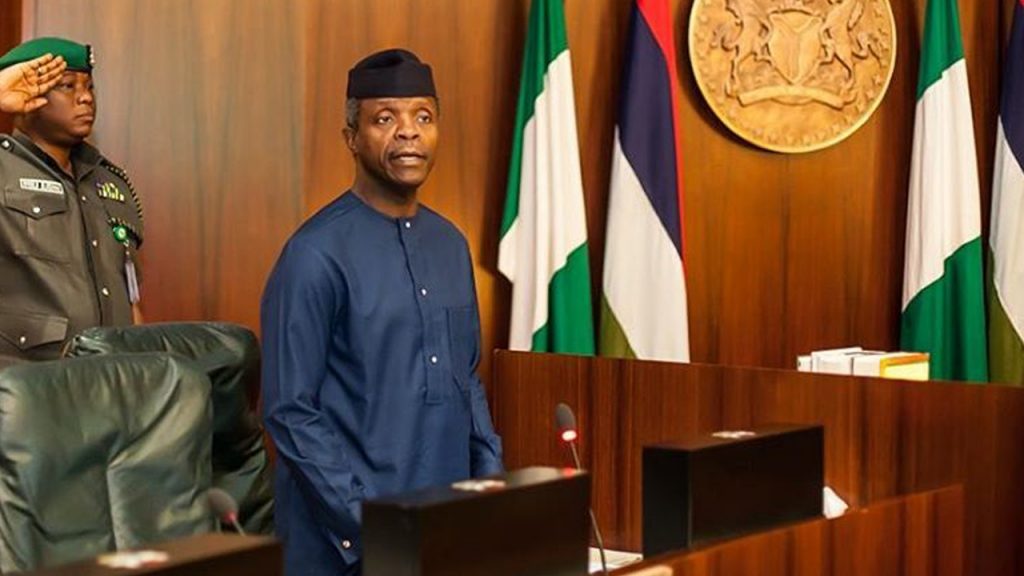 The NBC 6th Code which was released in June had caused an outcry by stakeholders in the sector majorly due to its ban on content exclusivity.

The new NBC code makes content exclusivity illegal. This bit of regulation compels content sub-licensing and also aims to control the prices at which content is sub-licensed.

The CEO of iROKOTV at the time claimed the NBC amended code will be the death of payTv in the country. A few months later, the company reduced its investments and business in Nigeria claiming regulatory and economic woes.

. Interference Distorts Markets. If implemented this 100% destroys PayTV in Nigeria

Addressing the issue during his virtual chat, the Vice President, explained that the government is taking a second look at the amendment after complaints that the ban was anti-competitive.

“Basically, what it says is that if you have a licensed product for TV or film, you’re expected to share it with other platforms. I understand the argument of those who say this is a violation of copyright and intellectual property, which is a very strong point,” he said.

“And this is why I think we are going to take a second look at it and see where there are ways of moderating it to be more acceptable and so as not to stifle the work of very hard-working, creative people.” 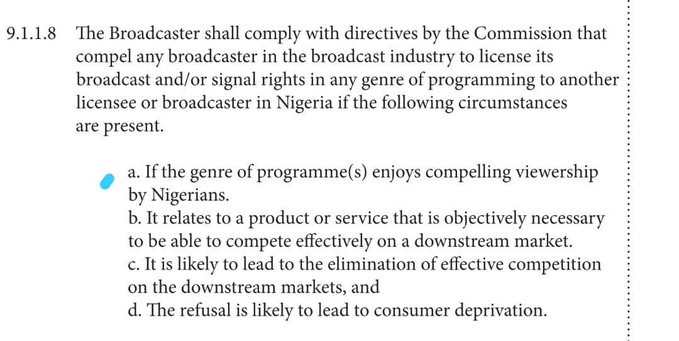 However, this new announcement goes against the Minister for Information and Culture, Alhaji Lai Mohammed‘s stand that the ban prevents exclusive use of rights by broadcasters who intend to create monopolies and boost local content and local industry.

Speaking on the recent changes to the code, Osinbajo expressed that the government was dealing with uncharted territories that are entirely new.

“One thing that is certain is that change in tech space is so rapid, you frequently find that regulators are really just chasing after the innovations to see how best to regulate without stifling these companies,”

While this may be true for many sectors, the advancement in most of the media especially PayTV isn’t necessarily new as they have been around for years.

The claim if true could mean that the ban of exclusivity may have been an uninformed decision without proper insight. However, with the code coming under review, many stakeholders in the industry will be delighted if the ban is reversed.