8 years after its launch, Google is killing off its Google Play Music platform in preference for its other music service, YouTube Music. The shutting down which is set to take place later this year will see YouTube Music become the default music service of the tech giant.

Since last year, Google has been working to combine both platforms on the YouTube Music app and has been adding new features to the app and launching it in new places – including Nigeria earlier this year. Google has also been preinstalling YouTube Music on Android smartphones like it did for the Google Play Music.

Google recently increased the playlist strength to 5,000 songs from 1,000. It also added a support for uploads, offline listening, lyrics and an Explore tab for discovering new music.

For many users of the soon-to-be-defunct platform, this means they will have to either port to another service/music player or, if they are willing to remain in the Google ecosystem, change to YouTube Music.

For those who will be choosing the latter, Google has rolled out a new tool that will enable them transfer their libraries to YouTube Music. 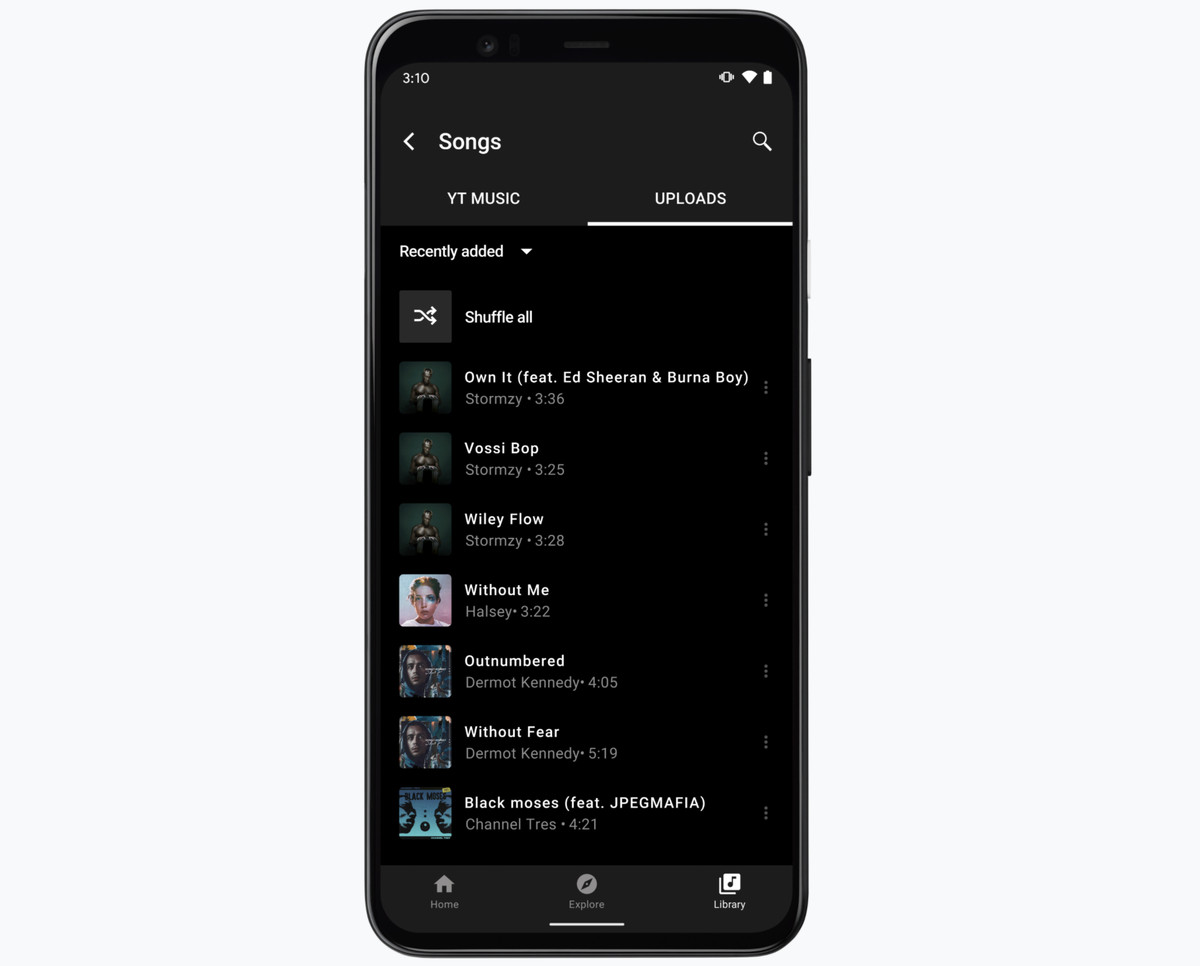 First, they will need to download the YouTube Music app or update it if they already have.

Here in this post, we reviewed the YouTube app for music and compared it to other music streaming platforms for you to make your choice of service.

Once the user opens the app, there will be a notification for them to “Transfer your Play Music library.” If that doesn’t pop up, users can head to the app’s settings where they will see a new “Transfer from Google Play Music” option. This is another way of initiating the process.

Once users complete the process, their uploads, purchases, added songs and albums, personal and subscribed playlists, likes and dislikes, curated stations and personal preferences will move right over to the YouTube app.

Once this is done, all users will need to get used to is the app’s design. Beyond their Library of songs, users will also be able to stream songs on the YouTube Music app. This can either be with ad-supported version for free or the Premium version for $9.99 a month.

The post Google Play Music is Shutting Down but Here’s How You Can Transfer Your Library to YouTube Music appeared first on Technext.