The Infinix Smart 4 Plus is one great phone in the mid-range segment. The Honk Kong-based phone brand Infinix launched this new variant in in April 2019. The Smart 4 smartphone is the successor of the Infinix Smart 3 Plus earlier launched.

Amazingly, Infinix has stuck to producing affordable smartphones since it entered into the Nigerian market to best suit the enthusiast’s choice and budgets. The interesting specifications that the smartphone offers even under   ₦45,000 price tag often drives and boosts users’ interest. The Infinix Smart 4 Plus packs a whopping 6000mAh battery, a 6.82-inches display, 3GB + 32GB storage, and runs on Android v10 OS.

The Infinix Smart 4 Plus doesn’t feature new upgrades to the platter, but Infinix is trying hard up the ante to suit every enthusiast’s phone choice. The budget-friendly smartphone offers a dual-colored gem-cut texture at the rear side of the device, and a waterdrop notch display on the front. However, there’s this popular feature we’ve been seeing in all Infinix mid-range smartphones lately, there’s no change in terms of the camera module.

The camera module on the rear of all mid-range smartphones Infinix has launched recently sports a rectangular camera shape with the LED flash housed right beside the camera sensors. In the Smart 4 Plus, there’s no visible change in the camera design either. I would have loved to see the camera placed in the middle of the device like the Tecno Camon 16 Premier, or a round camera module. However, Infinix has tried to compensate the enthusiasts by integrating a gem-cut texture on the rear in two colors which makes the phone look more stylish.

One of the few things that made the Infinix Smart 4 Plus design outstanding is the glossy finish, making the device perfect for one-hand operation. The device is not prone to fingerprints and smudges, but it’s very advisable to use the device with the extra pack that’s included inside the phone box.

The rear cover sees a lot of changes as the Hong Kong-based company earlier offered silicon cases on its smartphones, but now, with this Smart 4 Plus, they’re offering a hard case which is better than the silicon case.

Alongside the rectangular camera module on the rear, a fingerprint scanner sits right behind the phone’s camera, with the Infinix brand name boldly inscribed right below the sensor. This is something we’ve seen on other Infinix smartphones as opposed to the latest in-display or side-mounted fingerprint sensor. The Infinix Smart 4 Plus comes in Midnight Black, Ocean Wave, and Violet color options. 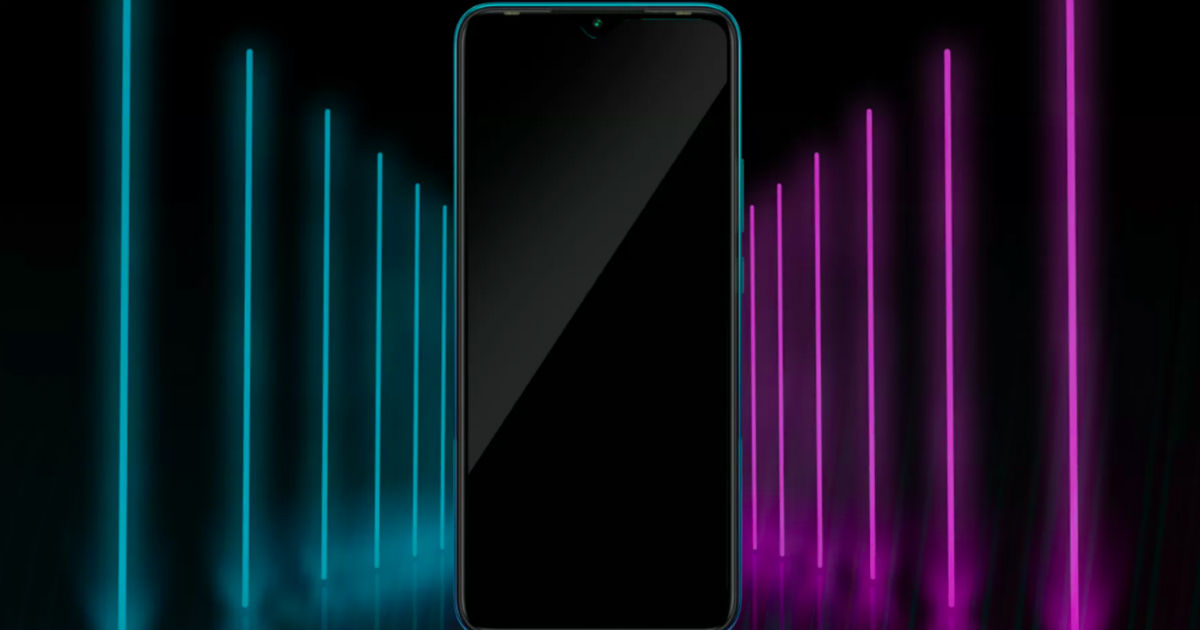 Now coming to the display, the Infinix Smart 4 Plus sports a massive 6.82-inches HD+ touchscreen display with a screen-to-body ratio of 90.5%, 720×1640 pixels, and an aspect ratio of 20.5:9. This is one of the largest screen displays available in the market, and Infinix is offering such a big screen at a lower price tag. This massive screen size can equally serve as a tablet. If you don’t have a tab, you don’t need to spend money on one as this phone will equally serve the purpose of a tablet and smartphone altogether. However, the big screen has it’s own cons and sometimes would be a burden to carry around. For people who are looking for a big screen size can go for this one, but if you’re a type that hates the concept of a big screen, maybe you should give the Infinix Smart 4 Plus a miss.

Considering the phone’s big size, a one-hand operation might be a little problematic for people with small palms. However, that won’t be a problem if your hands are big enough to handle it. Despite being a big size phone, the power and volume buttons are well placed accurately. You won’t experience any difficulty while decreasing or increasing the volumes as there’s a lot of gap between the volume and power buttons.

Watching movies, and surfing the web will be a dream come true on this device because of the big display size, and the screen resolution. It’s easy to read books on and perfect to watch movies or videos. 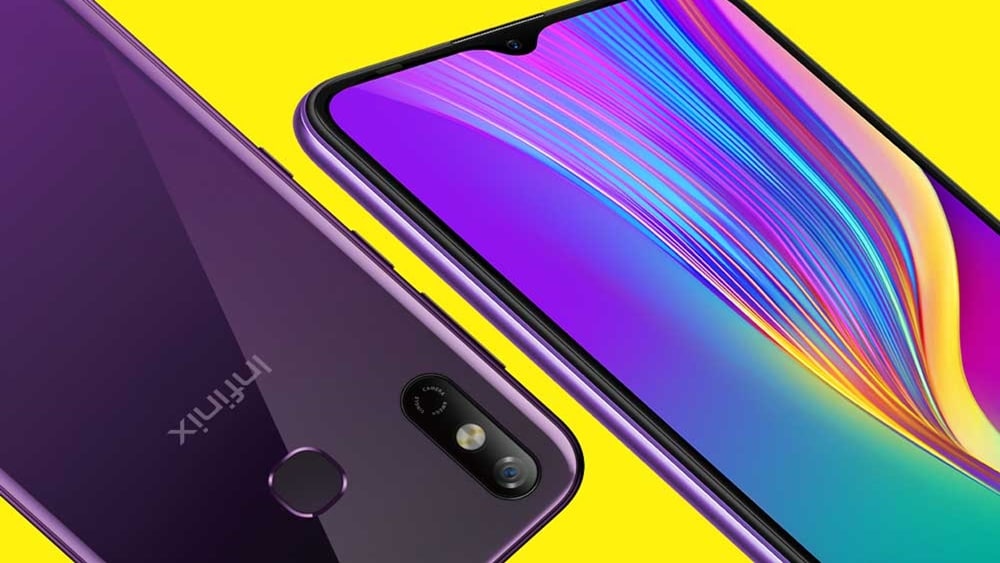 The Infinix Smart 4 Plus comes with a dual-camera set-up on the rear comprising of 13-MP (f/1.8) + Depth Sensor along with a triple LED flash. On the front panel, the waterdrop notch houses the 8-MP camera and f/2.0 for selfies, along with a LED flash.

The camera has numerous apps to further enhance and beautify photos such as the AI camera, Bokeh, beauty, AR Shot, and Panorama modes.

Infinix Smart 4 Plus: Performance and Battery 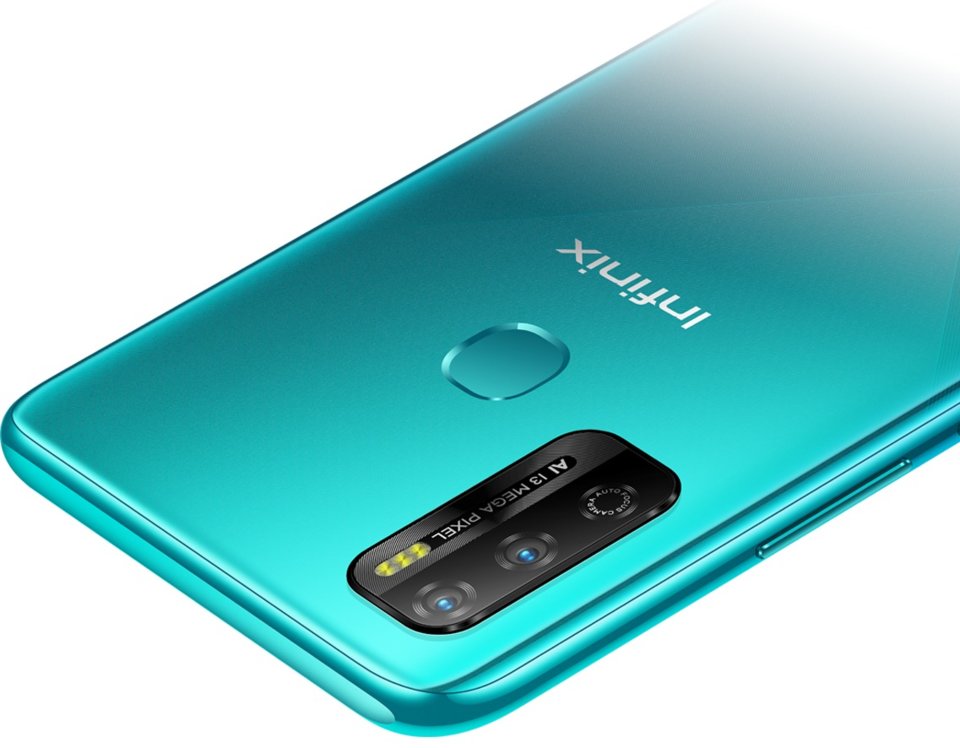 Unfortunately, the phone is clearly not meant for heavy mobile gaming like PUBG or running multiple applications at the same time. However, there are this notifications that that constantly use to pop-up especially when composing a mail or watching movies. Infinix mobile need to ponder on its removal urgently. This same issue has been reported by users on other Infinix devices and it seems Infinix has not taken note of that.

On the battery side, the Infinix Smart 4 Plus houses a massive 6000mAh battery. Currently, Infinix seems to be the only smartphone brand that’s offering up to 6000mAh battery capacity. If you live in an area where there’s an irregular power supply, then this Smart 4 Plus would be the perfect match for you.

On normal usage, the phone could last up to 7 days upon full charge. The massive battery size is one of the most impressive aspects of this Infinix Smart 4 Plus. Unfortunately, there’s an absence of a USB Type-C charger, you’ll have to stick with the old USB port which charges the phone at its normal pace.

Infinix Smart 4 Plus: Price in Nigeria, and Availability

The Infinix Smart 4 Plus offers everything a mainstream smartphone could offer and more under ₦41,000. Overall, Infinix Smart 4 Plus is a great flagship device with massive battery capacity and big screen. Its dual camera performs decently too, but if you’re looking for a gaming or performance-wise smartphone, it’s better you option for Redmi or Realme as they offer better devices in those areas.

Apple iOS 16 for iPhones: Everything You Need to Know

Latest iPhones and prices in Nigeria 2022