On October 5, 2020, iTel mobile added a new variant into it’s S-series collection. The itel S16 series is the direct successor of the S15 launched earlier last year. The S16-series smartphones have already been launched in Kenya and Ghana respectively. Nigerians are not left out as the S16-series finally comes to Nigeria.

As earlier revealed by itel during the virtual launching event, the new flagship S16 was launched alongside two other models – S16 Pro (non 4G) and S16 4G LTE. The key difference between the S16, S16 Pro, and S16 4G Lite model simply comes from their different processors.

For the first time ever, itel smartphone will feature the latest Android v10 operating system, an 8-MP selfie camera, a triple 13MP main camera, a 2-MP Macro sensor, and an AI depth-sensing camera. Other key features of the S16 series include a 4,000mAh battery and a fingerprint scanner placed at the rear side of the devices.

The S16 seems to be the only device with much different. The S16 model will debut a 6.5-inches full LCD, with 480 x 960 pixels resolution, and a teardrop notch housing the 8MP selfie camera. Unfortunately, the S16 device still features that same old 1GB RAM and 16GB inbuilt storage with an option for 64GB expandable SD card like other itel smartphones. The S16 series security options include a face unlock and finger print scanner.

The S16 Pro and S16 Pro 4G Lite smartphone debuts the same specifications. The only difference between the two itel devices comes from their processors.

Both itel smartphones have a 6.6-inch HD+ screen with 720 x 1600 pixels resolution and a dot-notch hole situated at the top left corner of the device housing the 8MP AI selfie camera.

The latest S16 itel mobile was specifically created to fit you and your needs. The S16 smartphone comes with a super slim body size of 8.3mm which is a significant upgrade from other itel devices. The 8.3mm slim body size makes the device more comfortable for one-hand mobile operation.

The itel S16 device is powered by a Spreadtrum Unisoc SC7731E quad-core CPU alongside ARM Mali T820 MPI GPU. The device features a 1GB RAM and 16GB inbuilt storage just like the S15 series. However, you can further expand the storage options to 64GB via SD card.

The S16 device’s camera has an all-round upgrade over the previous versions. The device 8MP selfie camera comes with an AI 2.0 with different amazing features to capture more clearer, brighter, and smart images. The S16 front camera will automatically detect a smile and captures images immediately.

The itel S16 smartphone features a 4000mAh battery. This is a downgrade, unlike the P36 5000mAh battery capacity. The smartphone runs on the Android v10 operating system. Other features include dual 3G SIMs, Bluetooth 4.0, and more. The S16 comes in Crystal Blue, Dazzle Black, and Ceramic Green color options. 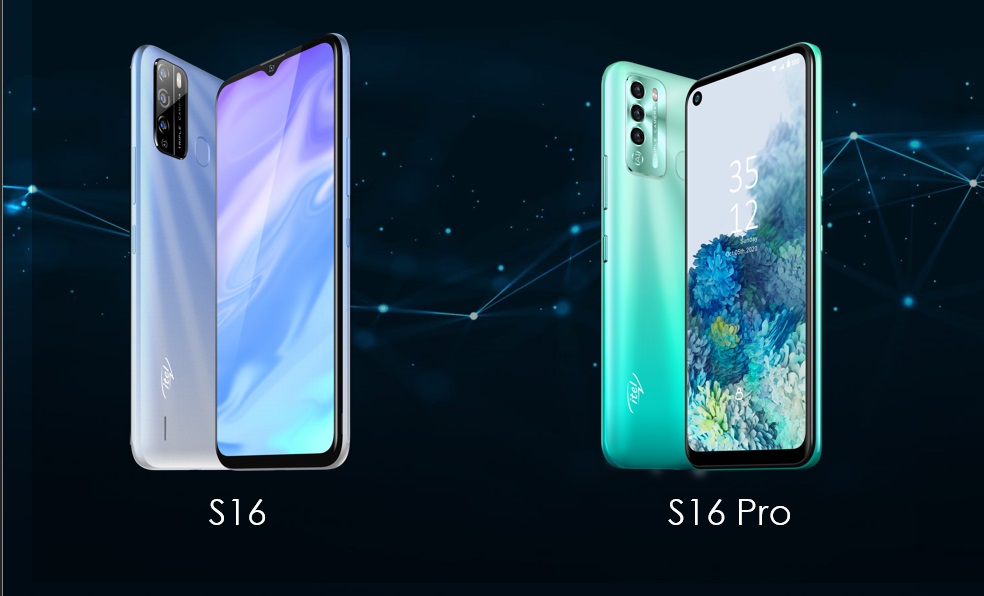 Apart from S16, there are two other models on the S16 series – The standard S16 Pro, and the 4G LTE network S16 Pro models. Like we earlier mentioned, the only key difference between the two smartphones is there different processors.

The two devices comes with a 2GB RAM and a 32GB inbuilt storage with an expandable option of 128GB via microSD card.

10 must have car gadgets and accessories

How to make money on Tiktok using the Tiktok Pulse Program

TOP 10 BEST LAPTOPS WITH THUNDERBOLTS 3 2022: THEIR FEATURES AND PRICES IN NIGERIA

How to Play Wordle