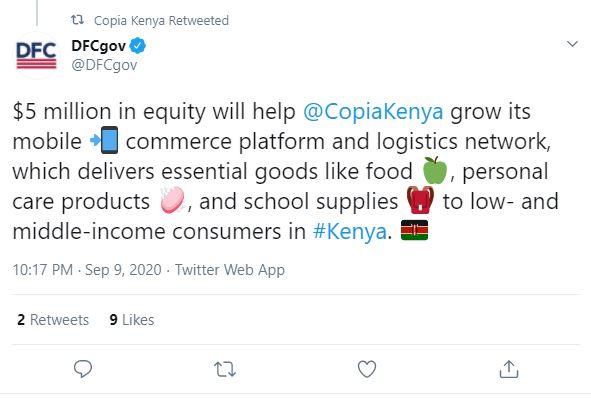 Rwandan e-retailer, Kasha has also received equity funding of $1 million from the DFC. Kasha and CopiaKenya are the two African startups to secure the million-dollar funding from DFC as part of the Corporation’s $2.5 billion development projects in emerging markets worldwide.

Headquartered in Nairobi, CopiaKenya is an e-commerce company with operations in central Kenya. According to Crunchbase, the company was founded in 2013 by Jonathan Lewis and Tracey Turner.

Tim Steel is the CEO of CopiaKenya. Copia operates an app where users can order for essential items including foods, grocery, clothing and send them to their target destinations. It works together with local traders and retailers in Kenya to facilitate its operations. 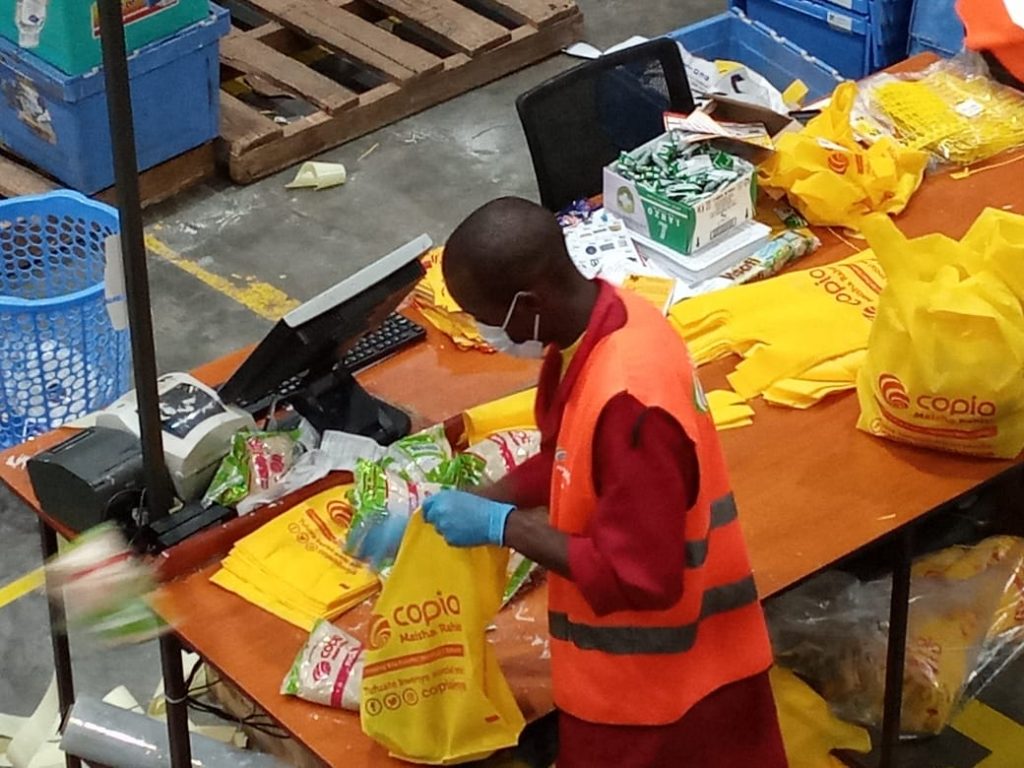 Copia users can purchase their preferred products from the categories listed on the app and send to any destination within the company’s delivery range. With its headquarters in Nairobi, the company has said it has over 11,000 agents in Kenya. 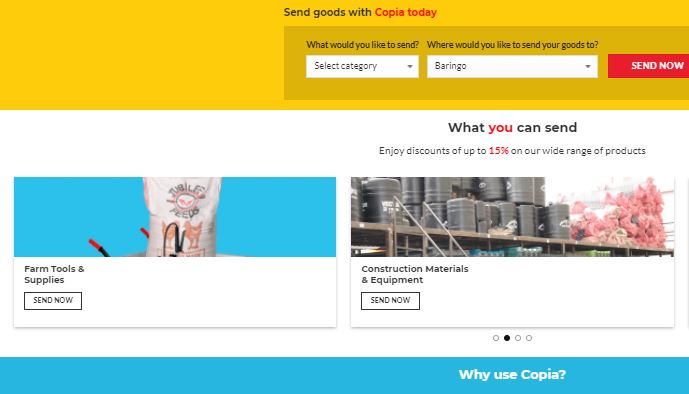 Copia says it has processed more than 3 million orders from about 500,000 users since it began operations in central Kenya.

Founded in 2016 by Joanna Bichsel, Kasha is a Rwandan e-retailer service for women. Kasha focuses on women living in low-income areas of Rwanda and Kenya. 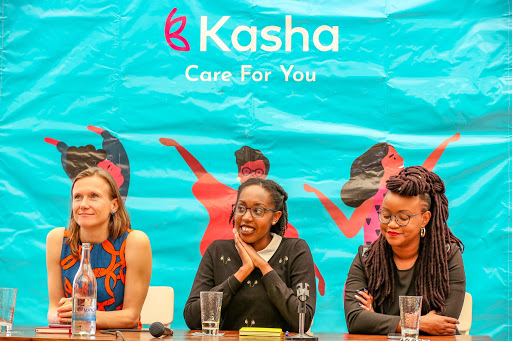 “We are a very purpose-driven company with a strong focus on our customers. We deliver the products that women actually want and need in a way that is most private and discreet for them”

Kasha provides a platform for women to easily access and purchase hygiene and personal care products at affordable prices. It does this through its online stores in the two countries.

CopiaKeny raised $26 million in a Series B funding last year in a round led by LGT Lightstone together with Endeavor Catalyst, Perivoli Innovations, Goodwell Investments and ELEA.

According to Crunchbase, Copia had raised up to $22 million in seed capital prior to its Series B round.

With DFC’s $5 million equity funding, it can expand its operations across Kenya and other parts of Africa.

Kasha raised $1 million in investment funding from Finnfund in April this year. The $1 million funding from DFC gives the company more equity to extend its reach in Africa. 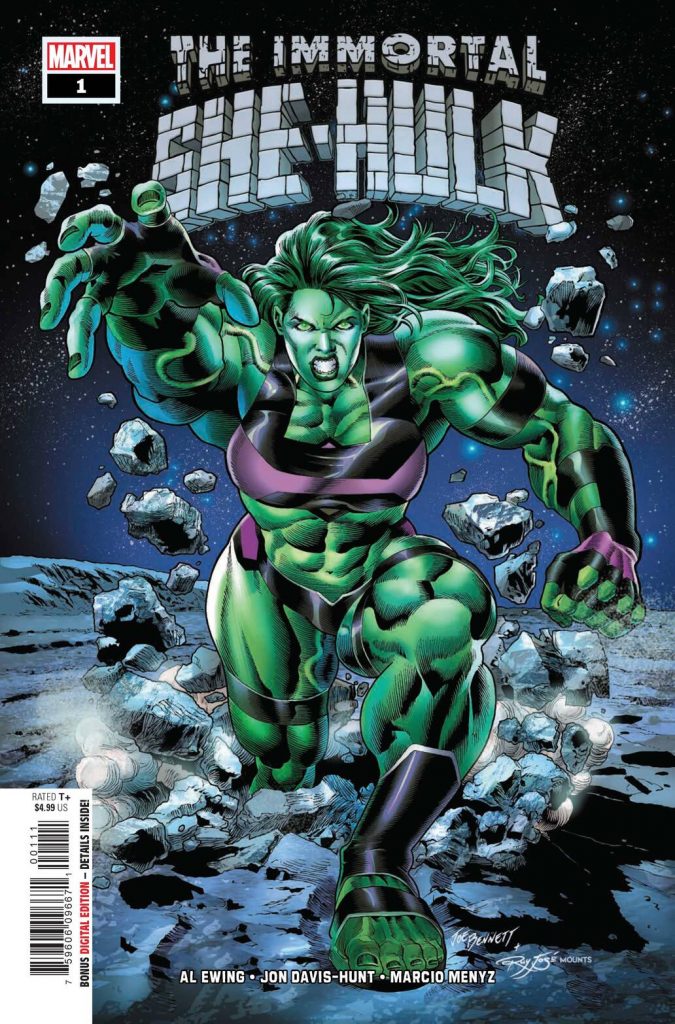 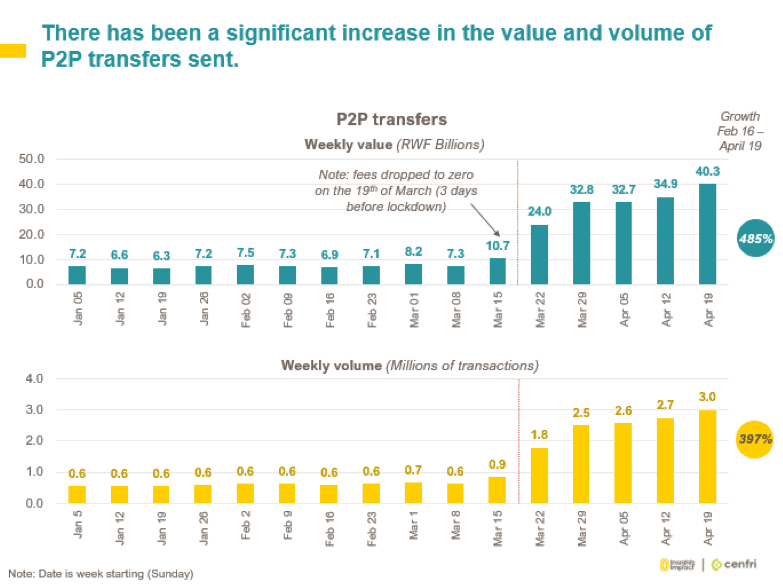 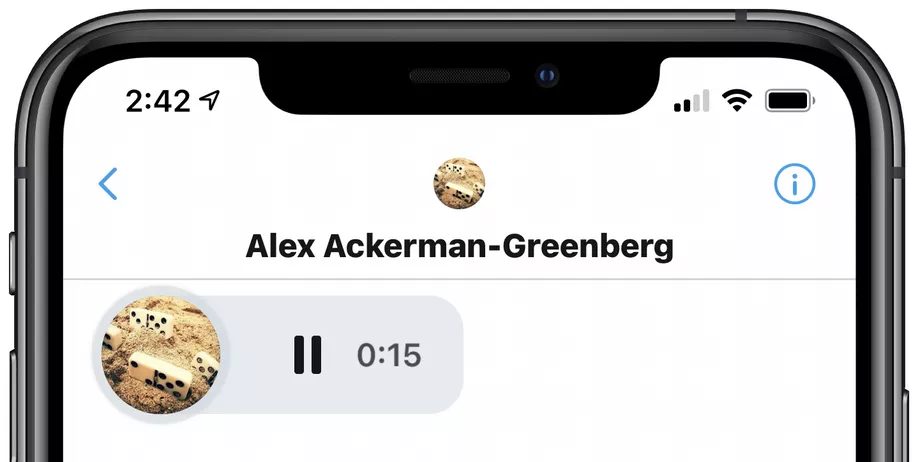 ICTEL EXPO 2020: Experts Say No Better Time to Explore Opportunities in the Digital Economy than Now