As with many Nollywood products, viewers of “My Village People” may press play but most likely watch with a bias, except when they trust or hope that the known director, Niyi Akinmolayan, who directed this one, must have done a great job.

The movie’s title, “My Village People,” will draw your attention to the blame anthem in Nigeria, where Nigerians in the city or abroad argue that the people who live in the village are the ultimate cause of their problems. Though, sometimes, it is just banter.

The plot of “My Village People” does not stray far away from that assumption – or superstition – as it follows Prince (Bovi), a chronic womaniser who attracts a coven of witches – from the village – who want revenge and romance.

At the beginning of the story, his sister had warned him to steer clear of relating with the village people, but his reckless lifestyle was going to negate that.

You will find a list of known actors in the movie, including:

Cast of “My Village People”

Writing credit is given to Bovi Ugboma. It was released on June 11, 2021, and distributed by Netflix from last month.

The ratings for “My Village People”

The film has an average of 88 per cent rating on Google. But, your excitement may be cut short when you realise that it has an average of 3.8/10 on Film Rats Club, where one comment says the movie is a train wreck.

On Google Trends, interest for the Nollywood movie only grew until July 2022 – more than one year after its release.

“My Village People” opened to an impressive ₦35,531,000 in its opening week, and after three weeks and a solid top four spot, it grossed over ₦70 million. However, after 12 weeks at the box office, the movie officially became the 17th title to cross the ₦100 million mark at the Nigerian box office, as announced by FilmOne.

A misrepresentation of the powers of the underworld?

When Nigerians talk of their village people, they are creating an imagery of a group of people powerful enough to draw them back home from abroad using magic, or more appropriately, Juju.

This means that these people possess supernatural powers, just like the Hollywood superheroes, and they are ‘levels’ to the powers too.

In other instances, Juju is interchanged – mostly wrongly – with witchcraft, a word used to refer to a wicked individual who uses magic to destroy lives.

In “My Village People”, witchcraft is the appropriate reference, but what you see is an amateur representation of the imagined ways of witches, especially in times when rain has to be summoned (as with the case of the water witches or mami water), and when ‘land witches’ are presented as weaker vessels.

The rains in “My Village People”

There is no record, in West African history, of water spirits having the ability to summon rain, and they are known to heal the sick and bring good luck to followers, not engage in squabbles about towns of origin and are not usually caught up in romantic adventures.

A water spirit will only cause confusion and sickness when people disobey her. 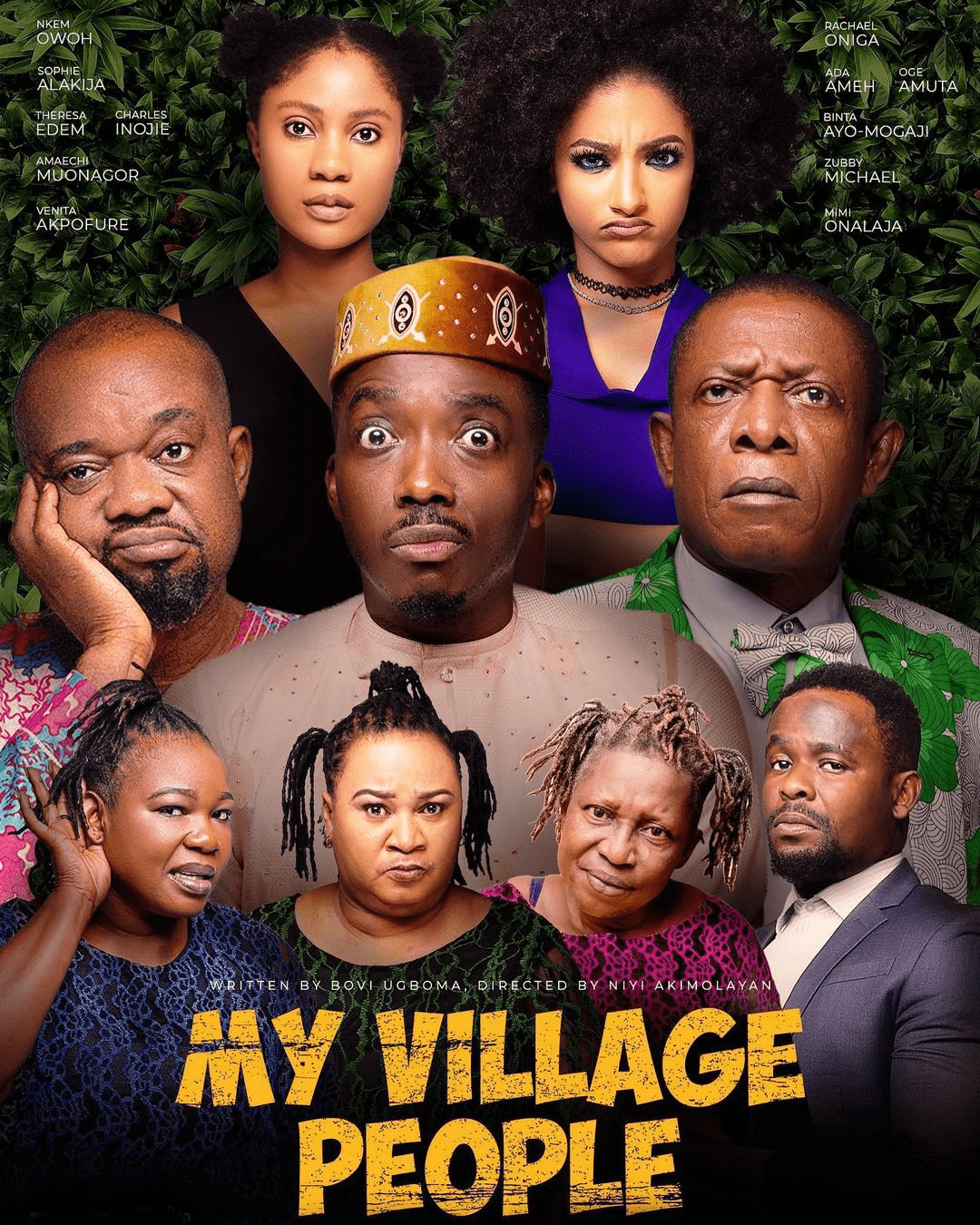 A mami water is one of the most popular and powerful African water spirits; often portrayed as a mermaid, though she has other forms.

The representation of pseudo-powerful witches

The witches in “My Village People” could only win a fight when it was a physical brawl. It looked like they stood no chance with the water spirits when it mattered. It just reminds you of the possibility of Doctor Strange only winning when it is a physical fight with Wanda Vision.

“My Village People” is not a horror comedy

Let us first establish that “My Village People” is not horror, as some argue. It is a comedy thriller, but even the comedy ends abruptly before the movie’s climax.

In the first few minutes, Prince gives the audience a sense of how, ordinarily, Nigerians would react to experiential witchcraft, but the comedic elements stay at the beginning, and the following are just lines from a stage comedy show. What we see next is the usual baggage – an uninspiring dialogue that drives away from the focus.

While elements of horror are present, and horror itself is implied as the dominating genre, the movie does not settle into the horror-comedy genre, especially because the horror lags as it relies heavily on amateur jump scares that stop working after the first few times. Besides, the horror is mostly overshadowed by what seems like comedic reliefs.

Its over-dependence on pseudo-comedic relief is one of the shortcomings that drag down the film’s vitality as a horror genre.

Of inter-tribal marriages in My Village People

At the end of the movie, you wonder if “My Village People” is saying no to inter-tribal marriages because it only brings up the question, but neither solves it nor answers the question.

The plot includes reasons the witches want to sacrifice Prince and ends the story with that past event.

Should we assume that inter-tribal marriages are still been negated, and a war between water spirits and witches will solve that problem?

“My Village People” draws our attention to quasi-pastors who are in for the money and would give you all the elements of a stage play just to draw more people in.

Prince, portrayed as a non-believer in the spiritual meets one of those kinds of unreligious figures and is about to become a victim before Haggai and Ame, who are supposed to be at loggerheads intervene. 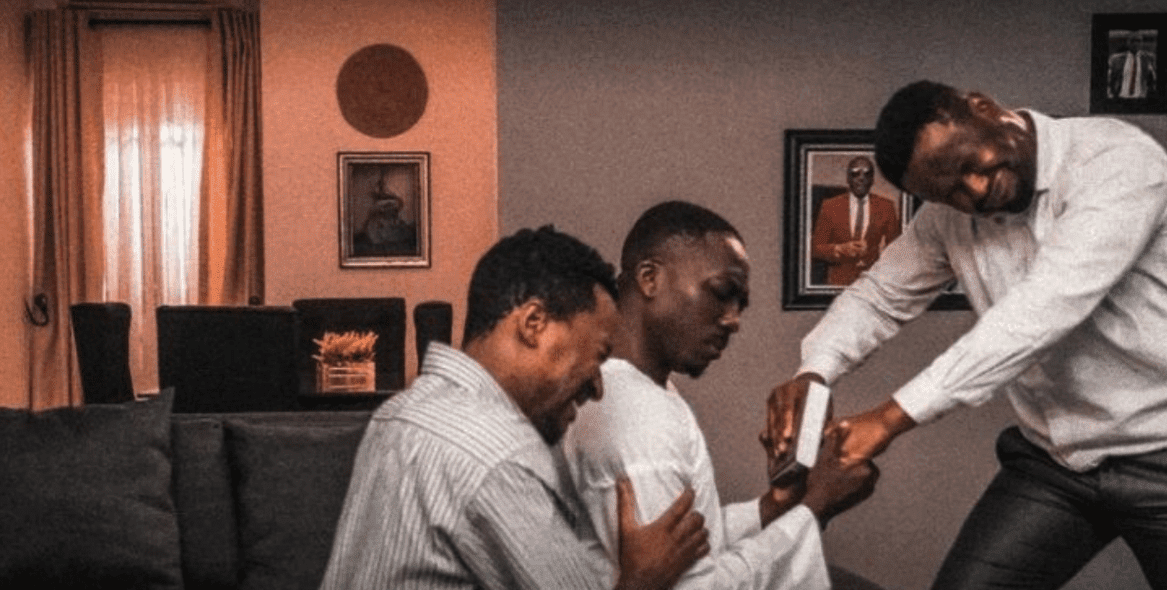 A scene from My Village People

We also see how opportunism is a regular feature in Nigeria, as with the driver who connived with the fake pastor to swindle Prince.

Meanwhile, when we look at the three witches in the village, we are looking at village people who could help in certain circumstances and are not the all-evil elements as imagined by many people.

The attempt to warn chronic womanisers is more obvious than the story itself.

Prince would have avoided being part of the supernatural quarrel if he had listened to his sister or stayed true to wooing Ame.

His involvement in the supposed war takes him to an underworld – the palace of water spirits and his escape is a scene that should have been cut out of the movie altogether. But, it negates the idea of being punished for his sins.

If you have much of Nollywood, you will know that the village girl usually gets the city big boy, which plays out in “My Village People”.

Besides that is an array of unanswered questions.

Meanwhile, what is the frog kiss representation, as in the “I love you 7x” with Haggai? 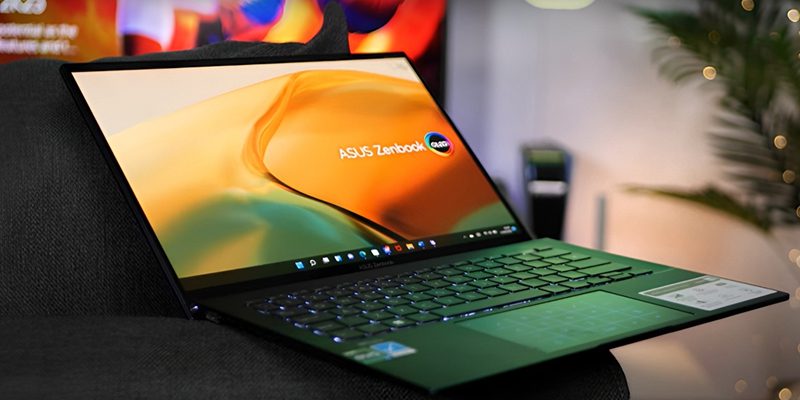 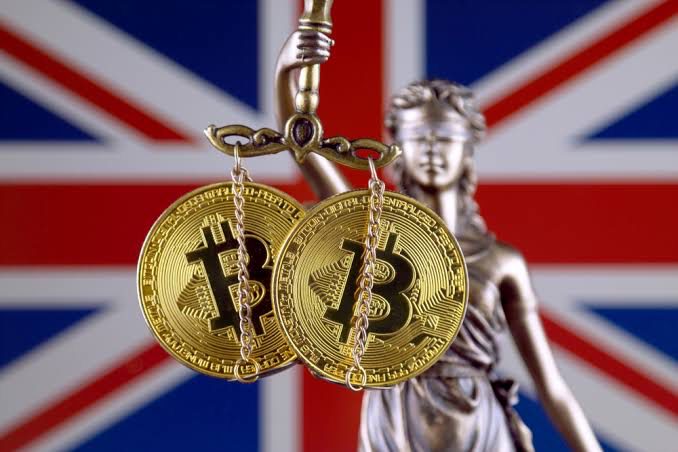 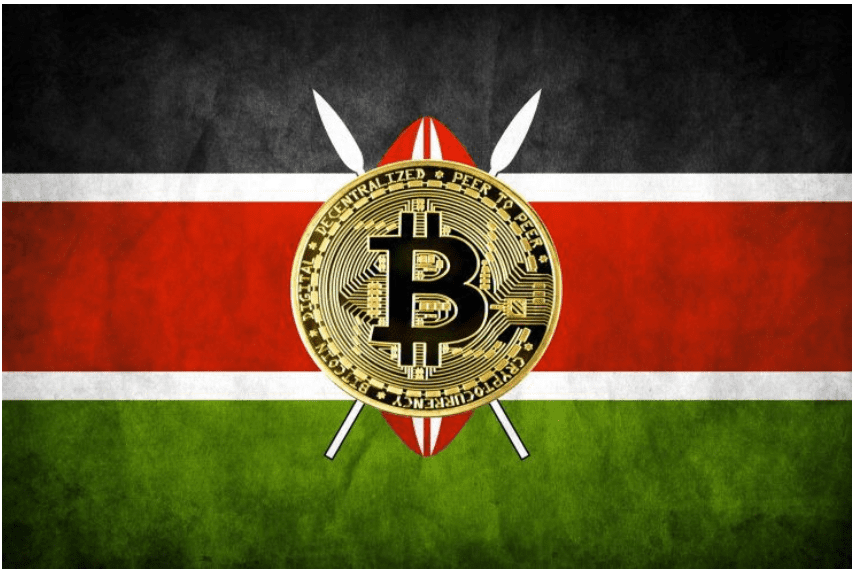 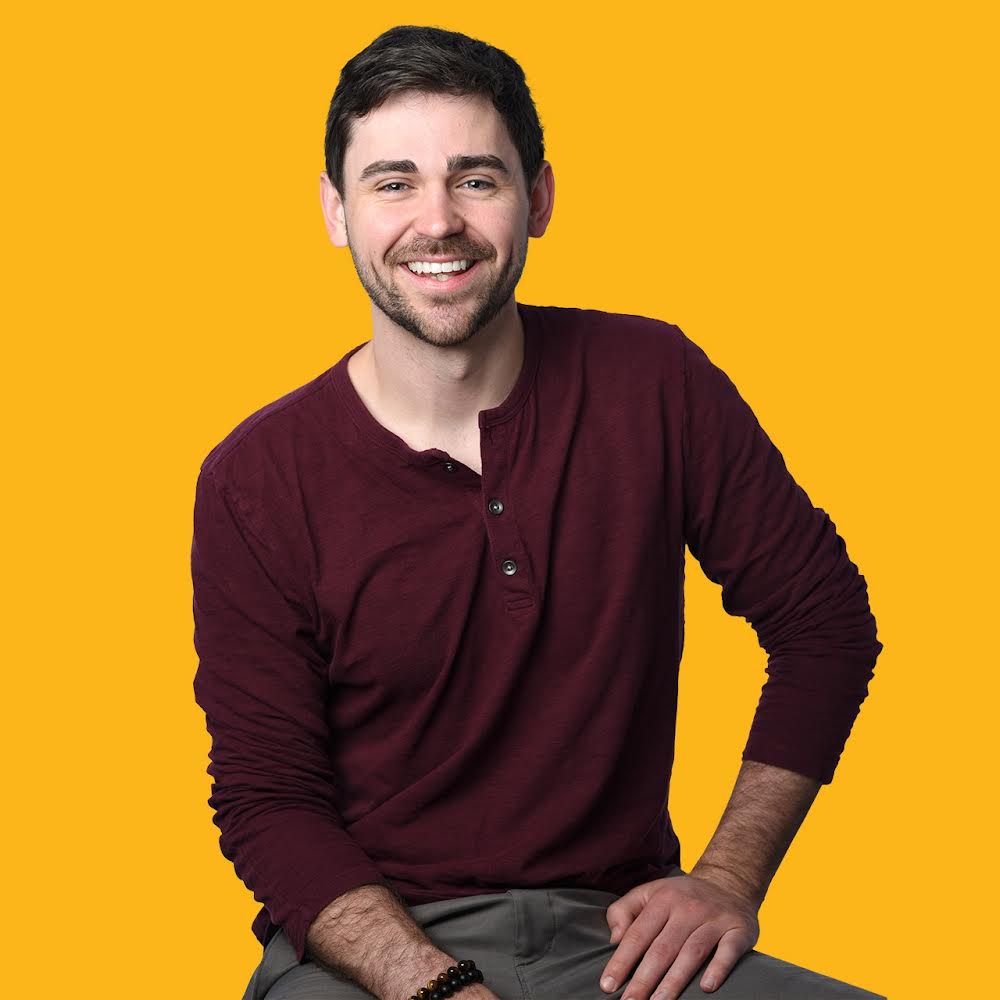 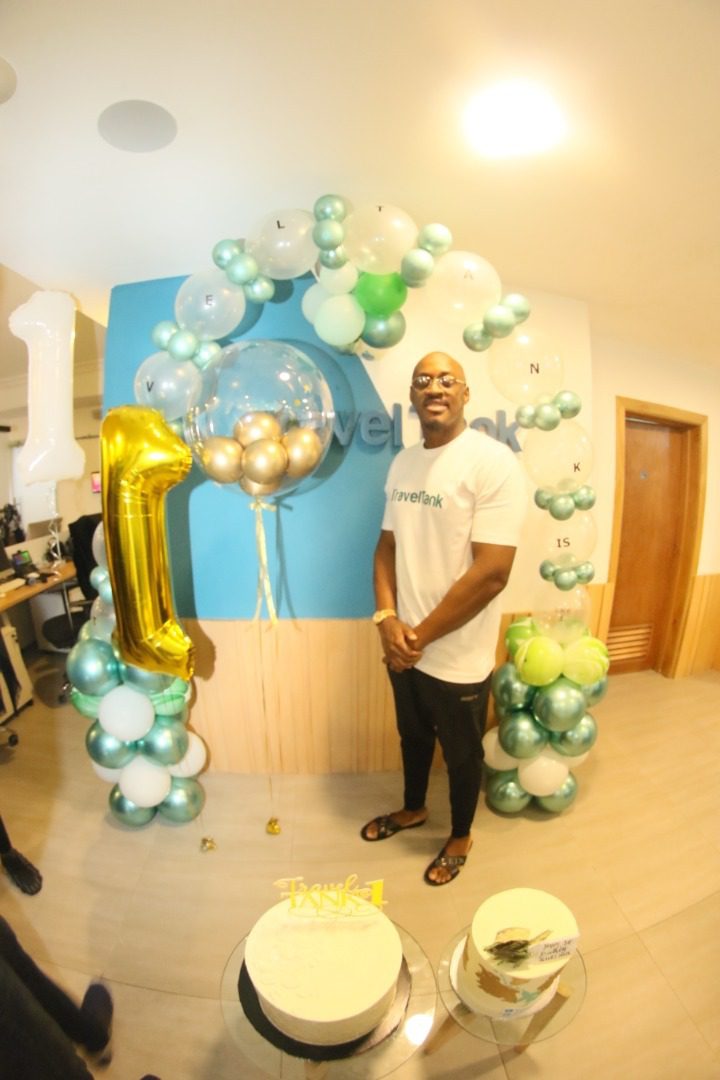 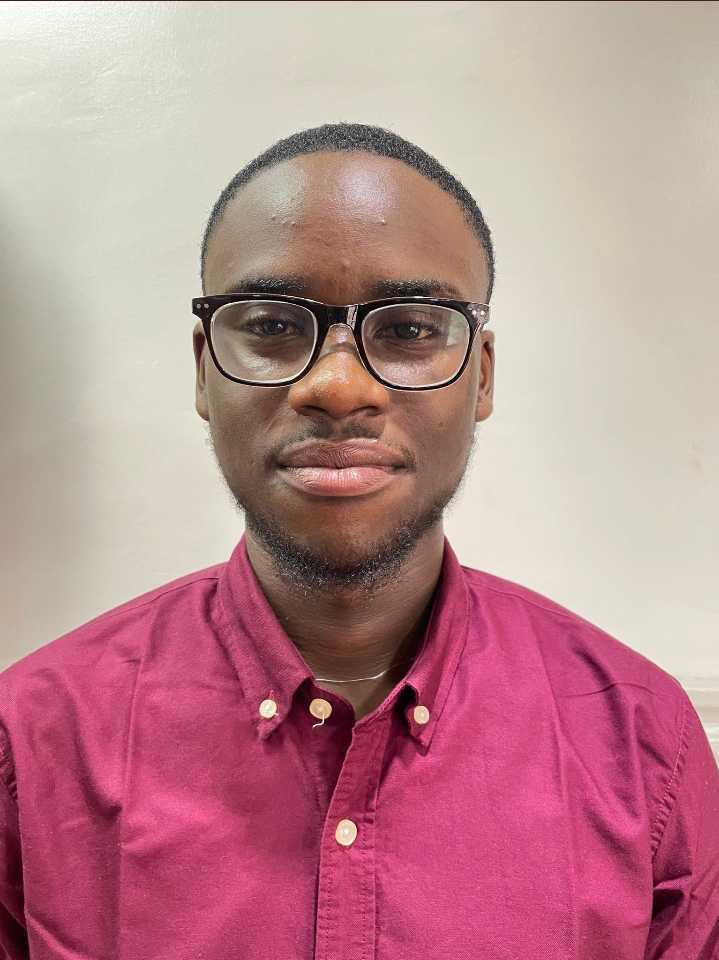 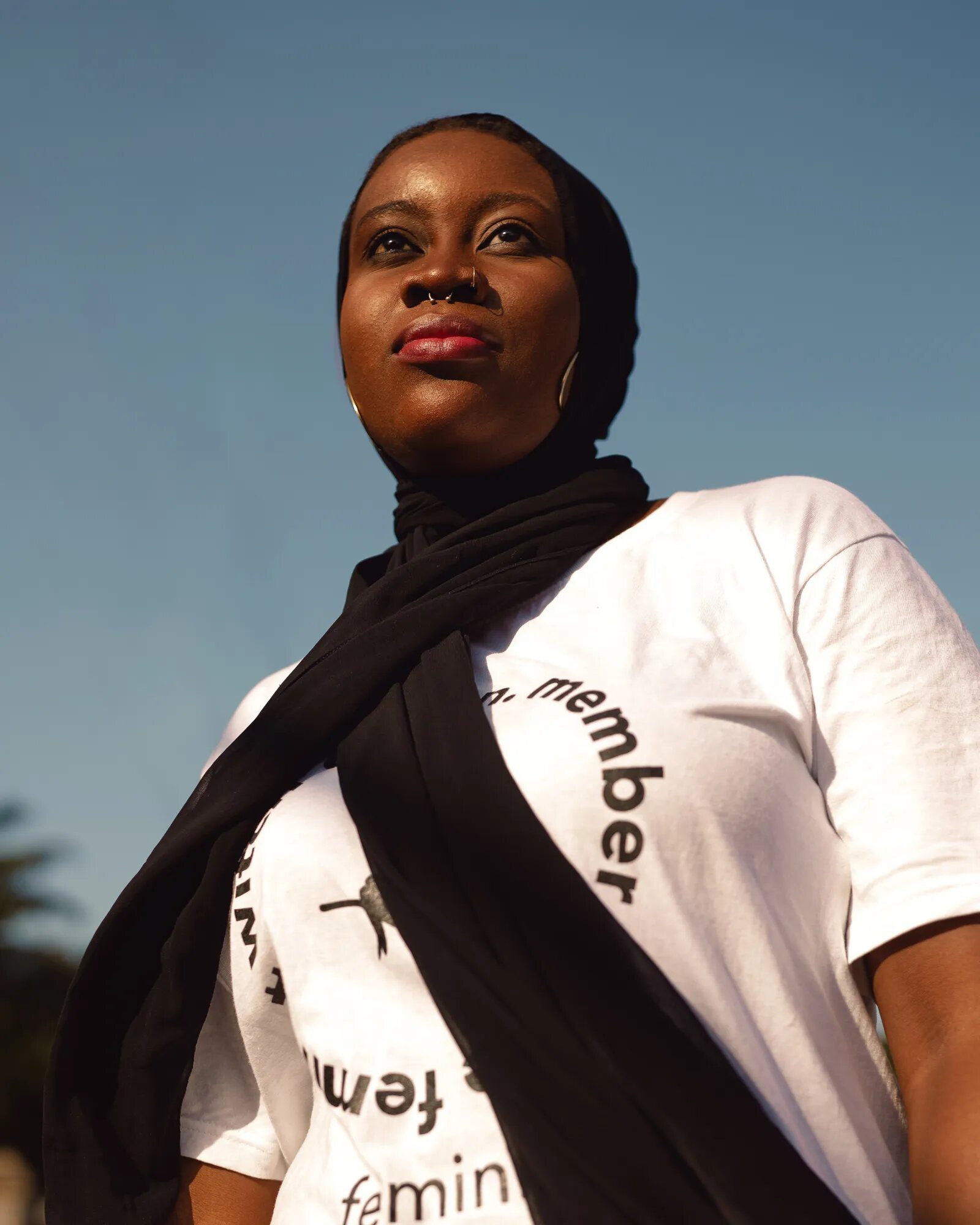 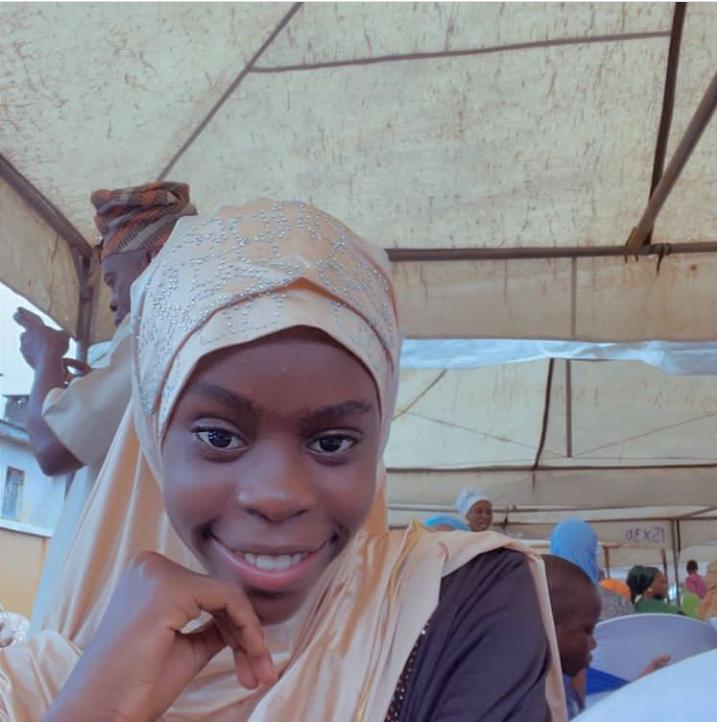 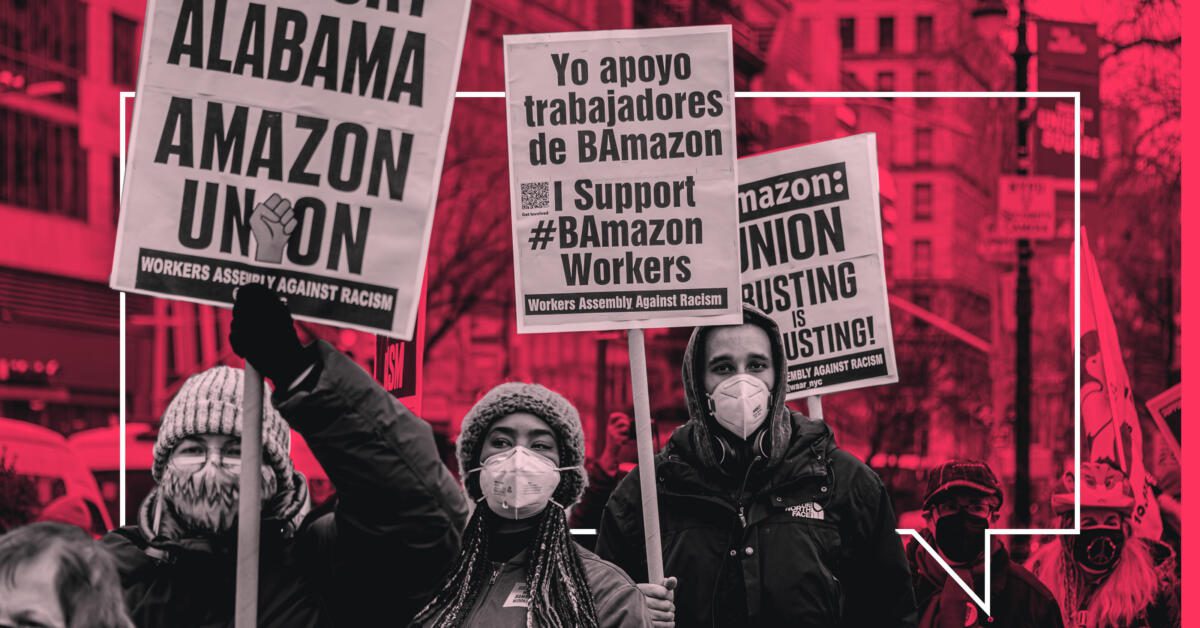 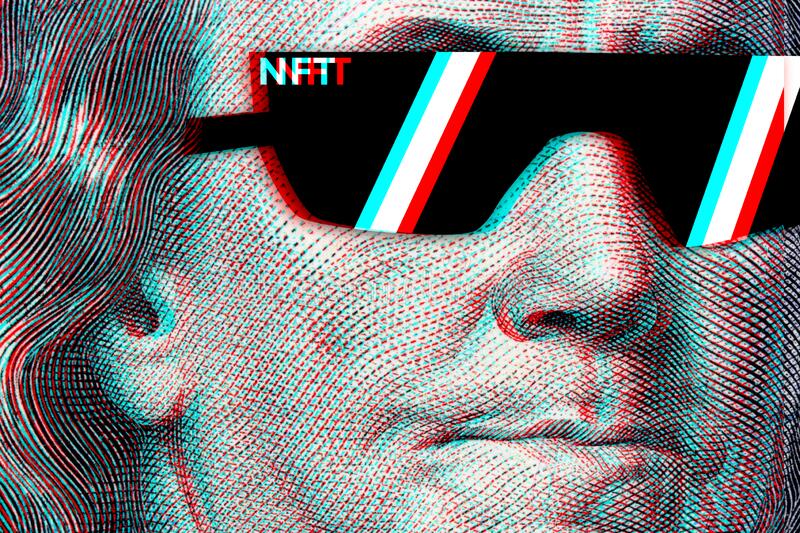