Movie Review: The Old Guard is a Thrilling Superhero Movie that Gives You a Glimpse of the Woes of Immortality

After watching a lot of action and superhero movies featuring immortals and gods, one would have thought that The Old Guard will be a replication. But the movie proved me wrong.

The Old Guard is an action thriller and pure delight for anyone who loves carnage. From the early scenes which showed the bloody bodies of the warriors to the actual scene of betrayal, the curiosity and uncertainty leaves an enthralling effect on anyone watching. 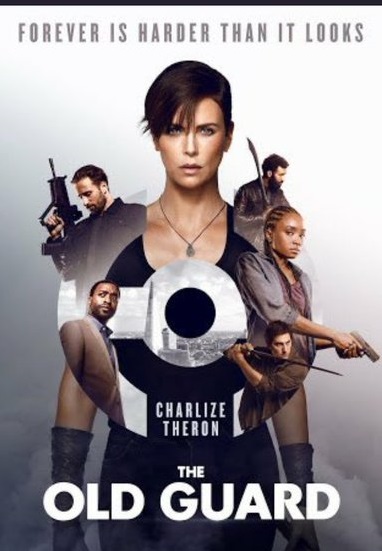 The Netflix action movie features a group of unkillable mercenaries led by an immortal warrior named Andy (Charlize Theron). The covert group of mercenaries have a mysterious inability to stay dead, as they heal after being killed.

At 2hr 5mins, this movie captures the unque pressure of what it feels like to battle an immortal. However, the movie leaves a lot of unanswered questions and curiousity about the misterious ability of the team.

For centuries the group of mercenaries have fought to protect the mortal world from the shadows, but when the team is recruited to take on an emergency mission, their extraordinary abilities are suddenly exposed.

The villain in the movie was played by the evil pharmaceutical billionaire, Merrick (Harry Melling), who wanted the use the teams DNA to replicate the power of immortality for profit.

Armed with an ancient battle-axe, Andy the eldest member of the team uses her ancient skills and experience while taking the lead in eliminating the threat. Replicating her kick-ass ability as a fierce warrior from “Mad Max: Fury Road”, Theron took centre stage as the main character.

Related Post: #GreatestShowman is the Best Celebration of Humanity in a Movie So Far

The movie which is an adaptation of an action-fantasy comic-book series by Greg Rucka was directed by Gina Prince-Bythewood, the director of “Love and Basketball,” and “Beyond the Lights”.

Gina didn’t disappoint as she efficiently directed the movie, with one of my favourite scenes being the fight between Andy and Nile (KiKi Layne) on a rattling cargo plane.

In this movie, Nile, a Marine stationed in Afghanistan whose slit throat suddenly heals itself joins the immortal squad as the fifth member after being recuited by Andy.

In a world of immortals, The Old Guard movie holds a unique spot in how it exhibited the mortality of the unkillable mercenary team. The team bled, felt pain and even died like normal humans. The only difference is that they could heal even in death.

Unlike most other superheroes movies where the hero is bulletproof, flys, inhumanly strong and can’t die, The Old Guard warriors are just skilled humans who can’t die, making it more relatable. 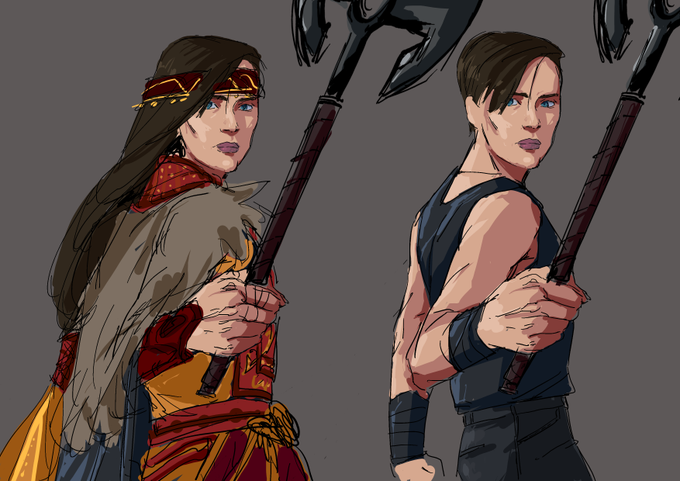 Don’t be surprised to see a shotgun blast to the stomach with the intestine falling out healing within seconds.

Apart from the action, Gina depicted the humanity of the superheroes. Several times, the camera lingers on their faces as they contemplate or remember the sadness of losing someone as a repercussion of having lived for hundreds, perhaps thousands of years.

The movie intentionally included the depiction of the immortals, both in flashbacks and in its current timeline to provide a back story. They are played by a variety of different races across the timeline.

There was a blend of romance in the movie, especially after the capture of Andy’s teammates Niccolo (Luca Marinelli) and Joe (Marwan Kenzari). Joe expressed his love for Nicolo which was developed when they were constantly killing each other during the Crusades.

“He’s not my boyfriend. He is all and he is more.” pic.twitter.com/uIxSXwcghm

Another major highlight was the capture of Niccolo and Joe. After living for centuries through the witch trials and crusades, the one thing the immortals were scared about was capture. A flashback by Andy shows a time when Andy and Quynh (Van Veronica Ngo) were captured during the witch trials.

To delve deep into the roles which Andy’s right-hand man, Booker (Matthias Schoenaerts ) plays in the capture and exposure of the team would be to kill the suspense and the thrill that full blown action sequel holds in stock.

That said, I would like to point you towards the backstory that revealed that the immortal warriors ain’t so immortal. I believe from there you will understand the strange turn of events in the last scenes. Snippet ” Nile falls from a skyscraper”

Related Post: #AvengersInfinityWar Leaves You Guessing and Speculating Wrongly all Through

If I am to mention one major turn-off in the movie it will be the music selections. while some will be lenient and say it’s fair I believe it could have been so much better.

However, I will say that the thrill and excitement from the actions drowned out the inadequacies of the musicals. It’s no surprise that the movie already ranked among the top 10 most popular Netflix movies.

This is really astonishing for Gina as it makes her the first black female director on the Top 10 list.

The Old Guard is on track to reach 72 million households in its first 4 weeks.

THE OLD GUARD is breaking records! The Charlize Theron blockbuster is already among the top 10 most popular Netflix films ever — and Gina Prince-Bythewood is the first Black female director on the list.

The film is currently on track to reach 72M households in its first 4 weeks! pic.twitter.com/pM8vOTNa6m

As a lover of action movies, I confidently say that The Old Guard is one of the best action movies released this year. The immortality of the warriors made the action more exhilarating as it tapers imagination and experiences different from other superhero movies.

So if you looking for a movie to spice up a boring day, The Old Guard is my top recommendation to help you go to bed curious but happy. Oh, and if you happen to be unsatisfied by the ending, don’t fret. The last scene showing ana unexpected guest visiting Brooker hints that a sequel is coming.

The post Movie Review: The Old Guard is a Thrilling Superhero Movie that Gives You a Glimpse of the Woes of Immortality appeared first on Technext.