It's rare that faster can also equate to greener in the aerospace industry, but that's the goal of Australian startup Hypersonix has in sight.

The company has developed a new hypersonic satellite launch system that will make launches more accessible and also more sustainable. The technology could one day also help develop hypersonic airliners capable of crossing the Atlantic in a little over an hour.

"At Mach 5 and above, friction caused by molecules flowing over the hypersonic aircraft can generate temperatures in excess of 2,000˚C (3,632˚F)," the company says in a press statement. "Suffice to say that Brisbane-based aerospace engineering start-up, Hypersonix Launch Systems, is choosing its materials to cope with these extremes." 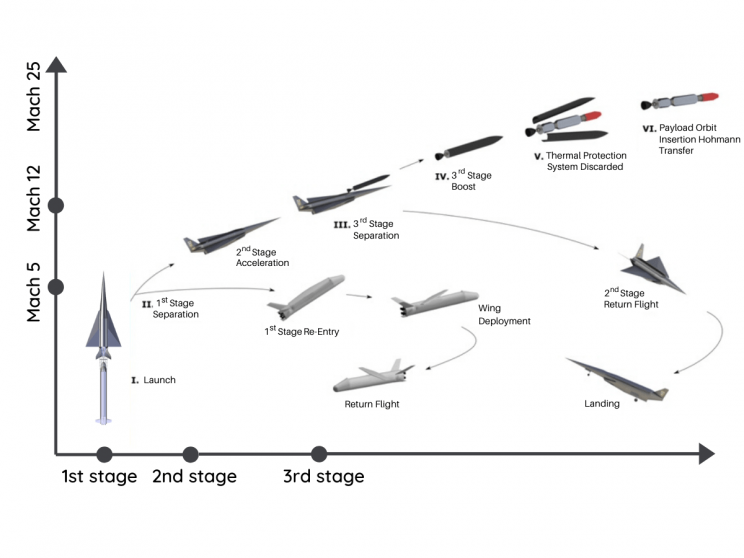 The Hypersonix team is composed of roughly 20 aerospace engineers and it has come a long way since it was founded in 2019 just before the pandemic shifted the global landscape. Since that time, they have developed a three-stage satellite launch system, called Wirraway, that utilizes reusable scramjet engine technology powered by sustainable green hydrogen fuel, meaning its satellite launch system will not produce any carbon emissions.

The team is building its new technology using Ceramic Matrix Composites (CMC) as these are capable of withstanding the incredibly high temperatures seen in hypersonic flight. Hypersonix's SPARTAN engine can accelerate from Mach 5 to Mach 12 and it will be featured in the company's Delta-Velos craft, which will form one part of the Wirraway launch system and will be able to fly 1,553 miles (2,500 km) before landing like a conventional aircraft ready to take flight again after refueling and checks. 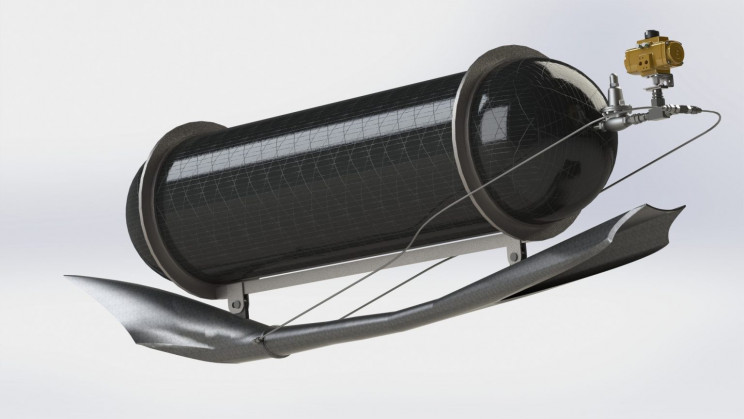 An illustration of Hypersonix's SPARTAN engine, capable of accelerating from Mach 5 to Mach 12. Source: Hypersonix

The Delta-Velos will launch attached to Hypersonix's reusable Boomerang first-stage booster, which also returns to Earth for reuse in a similar fashion to SpaceX's Falcon9 first stages. Once in the upper atmosphere, the Delta-Velos spacecraft will release satellite payloads of up to 50 kg (110 lb), which will then be boosted to low-Earth orbit (LEO) or sun-synchronous orbit (SSO).

Using green hydrogen fuel, the operation will emit only water vapor and no carbon emissions. What's more, Hypersonix says its flexible launch system will allow missions to launch to any orbit from any launch site.

The company hopes to fly its Delta-Velos system by 2024. All going to plan, it eventually aims to join the race to develop hypersonic airliners. Other companies such as the U.S. Air Force-backed Hermeus are also working on this technology, which could eventually take passengers from London to New York in only 90 minutes.