Some weeks ago, Popular Chinese-owned African fintech startup, OPay confirmed the rumours that it will be shutting down some of its business verticals in Nigeria.

Significant on the list is its Ride-hailing vertical Oride, the taxi-hailing platform, Ocar and its food delivery platform, Ofood. This is because they are the most visible. The payment platform, Opay continues to offer financial services to the millions of customers it had already acquired.

OPay has confirmed it is temporarily shutting down some if its non-fintech services, namely: OCar, ORide and OFood.

The news was greeted with mixed reactions across all social platforms (at least the ones I am active on i.e. Facebook, Twitter, Instagram, Whatsapp and LinkedIn).

The robust conversations and their implications are the sole motivation for writing this review.

The leading voices adduced to a number of reasons for the demise of the platforms that held so much promise. These include a harsh business environment, the ban on motorcycle operations in select areas of Lagos, poor service quality, expensive marketing strategy and an accomplished data gathering expedition.

I will attempt to chronicle each premise as well as share some thoughts.

A brief note: All I have done in this post is to share some facts and a bit about how people interpreted them. I did not attribute the demise of Oride to any particular listed cause. Most importantly, my opinions are led with text in italics (so you can read them with my voice).

A lot of people blamed the Lagos State Government and its regulations for the hard times Oride faced and its eventual demise. This is buttressed by the official announcement by Opay which indicates the decision to shutter some of its verticals is owing to the harsh business conditions which have affected many Nigerian Companies.

It specifically mentioned the COVID-19 Pandemic, the Lockdown and the Lagos State Government ban on motorcycles as major causes.

A brief recap of activities:

If you observed, although Opay seems to be expanding its operations across the country, its activities came to a significant halt as soon as the Lagos State Government banned motorcycle operations in some highbrow areas. This is because the state was its biggest market. Here is why: 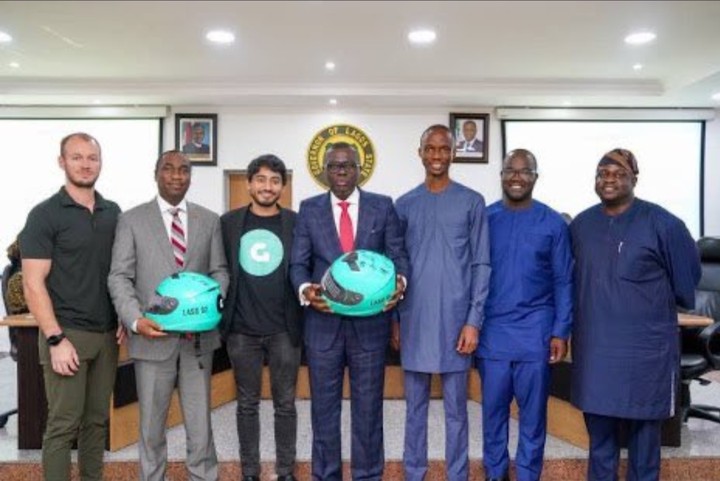 When the executives of Gokada paid the Lagos Governor, Sanwoolu and his deputy a visit

With a population of over 21 million, Lagos is by far the most populated state in Nigeria. It is also by far the state with the smallest landmass with just 3,345 square kilometres. This gives it a population density of 6,871 persons per square kilometre. Hence, transportation is a significant pain point for many of its citizens.

The average Lagos resident spends about 30% of their annual incomes on transportation only. Imagine the revenue chunk the ride-hailing companies were making.

The Asset was the Business

What a lot of people did not know was that, for Opay, the asset was the business, the ride-hailing service is just the popular face. Let me clarify: the main source of income for the company is the returns the riders remit in exchange for owning the bikes.

A. basic description model for taxi-hailing companies like uber and Bolt is that you bring your car in good shape. They get customers. You get them to their destinations. The customers pay. You get paid. They get a percentage of the pay.

The Model for Oride is a bit different: Oride bought the bikes. You got employed (sort of). You are given a bike. You get customers through the app (or from whichever way). You get them to their destinations. They pay the fares. You are required to pay a certain amount daily or weekly. 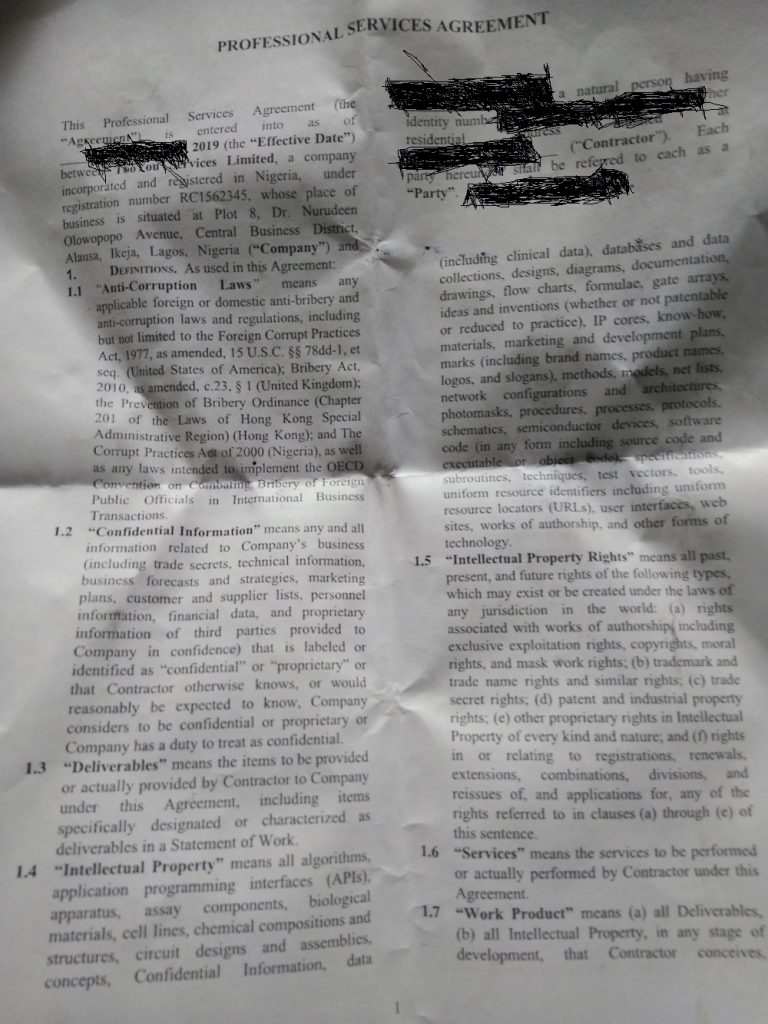 A page from the agreement Oride made its drivers sign…

The bottom line for Oride is to make the worth of the bikes and create avenues for the riders to make enough to pay their dues. Hence, the idea of Ofood was another avenue for them to properly sweating the asset (the bikes) so they can make more money.

The team at Technext did a street review of the model and how the riders were given a short end of the stick. You may read it using this link.

So, when the state restricted the activities of the bikes away from the highbrow areas, the revenue suffered a significant hit. The riders weren’t going to areas worth the prices, the remittances suffered as well.

The consequence: Opay had to sell all the bikes to recoup at least some of its investment after a few weeks of the ban.

Scaling Big and its challenges

Some analysts believed that Opay lost the game because it scaled too fast with little consideration for efficiency. Below is an example:

OPay other businesses fail. It is a lesson for entrepreneurs in Nigeria: you cannot grow faster than the environment, in multiples. And most times, more money does not solve your problems. Nigeria cannot be growth-hacked in the way Beijing, London, New York and other areas can. Our gestation period to profitability is legendary and one of the longest in the world.


Let us examine the logic:

Opay stormed the market with a full marketing force in 2019. Within 6 months of operations, the company has spread to about 6 cities across the country with a very visible presence in each. Billboard ads dotted major locations and highways in these cities.

Opay poached a good number of top executives within the ecosystem. Inside sources informed me that some of the major executives earned an average of $50,000 annually. And, gave very generous discounts to attract users. 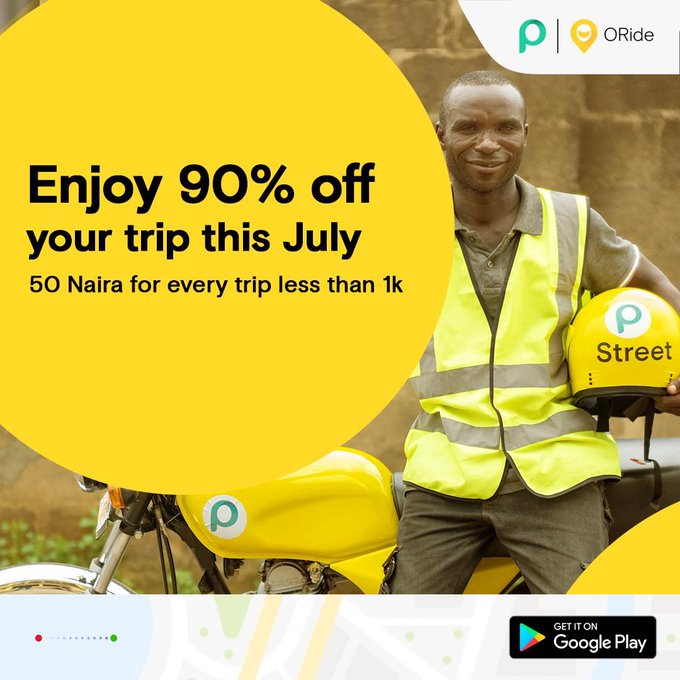 This strategy is better suited for companies that make high margins. The logic is that the customer will pay back the initial loss after a period of consistent purchase.

Sadly, Opay’s very visible aggressive moves and the disregard for unit economics did not pay off for two major reasons:

Socio-cultural issues like lack of basic infrastructure (power, road, internet), poor regulation (harassment by NURTW, Police) and low consumer ability to pay. In a market largely driven by affordability (how much people have to pay) and accessibility (ease to get the product), customers are rarely loyal to any brand. They use what they can afford and can fine. When opay reverted to profitable prices, many consumers moved on to cheaper alternatives.

While it is true that the ban by the LASG and COVID-19 may have provided closure for Oride, its expensive marketing and customer acquisition strategy hastened the decision

As you would know, Oride was not the only platform affected by the regulation. Opay could not transition because logistics negates the asset financing model I mentioned above and it is painfully, not that profitable. Find my reasons below:

Logistics is not very profitable as it seems

Against what you have been made to believe, Logistics is not really a profitable business in Nigeria. I say this for a number of reasons:

The market size is not that big. The only exception was when we had a lockdown. Order food online is a prerogative of the privileged. Not many Nigerians have disposable income and disposition. The same goes for every other form of buying. The entry barrier for last-mile/ doorstep delivery is very low. Hence, the small market size is deeply fragmented. The big meat is in the interstate delivery. It requires a significant investment and has limited players. Except you have the capacity of big players like GIGL, interstate logistics is not for you!

So, simply leveraging their bikes strength to become a logistics company will not work because the profit cannot sustain that huge machinery. (except maybe they have a partnership with an e-commerce platform like Jumia).

Even at that, the company will need a new injection of cash to launch and promote a new identity. It will need much more to begin a new process of customer acquisition.

Having a partnership with a platform like GIG to become the last-mile delivery machinery would be their best bet.

Data Gathering: Everyone is in Business

Some other people folks posited that Opay lost nothing in the closure having gotten data of millions of users (eating habit, movement, spending habits etc.) from the months of usage.

For example, a contributor said:

O-whatever has collected data from us in a manner Jacob used porridge to collect birthright from Esau. The good thing is that success always leaves a trail. They spent just a fraction of the amount we used to enrol our citizens for the National Identity card registration.

The truth is that every company is a data-collecting machine, one way or the other. If the return for the tons of investment sunk into the Nigerian market is data, then the price is a bit steep!

The future for Opay

I borrow the words of Emeka Ajene, “OPay’s suspension of its transportation, logistics, and food delivery service offerings should be seen as simply a paring back of its own ambitions to focus on business sustainability. “

I’m actually surprised there are Nigerians that think OPAY is just about ride-hailing, Oride. pic.twitter.com/6BM7n5iZtu

A shift from the cash-burning adventure is good for business, at least for the profitable financial service vertical. The journey will be longer for its e-commerce platform because the gestation period to profitability here is longer.

But only time will tell.

The post Possible Reasons Oride and Co Died and What We Can Possibly Learn appeared first on Technext.