Snap is a camera company that produces hardware, but our popularly known for its social network that consists of messages and impressive filters. This company is behind Snapshot and Spectacles.

Snap Partners summits annually held, witnessed the company showcased a flying camera, what you would consider a drone and its name is Pixy. This yellow plastic copter is created to work with the Snapchat app, when puts to use, it will lift from the palms of its user and quickly snap a picture or record a video then fly back to the palm of the user, exciting right?

Get the latest phone and laptop deals, tips and news straight on WhatsApp. Don’t miss out

Whatever is captured, video or images will be wirelessly shared to your Snapchat memory, where you can add effects or filters for your pleasure.

This snap creation called Pixy cost 230 USD and if you want, you can get an extra Pixy kit bundle that comes with extra batteries, this kit will cause about 20 USD. For a device this small, you would need extra batteries, especially for those who would go outdoors with this device for fun captures. 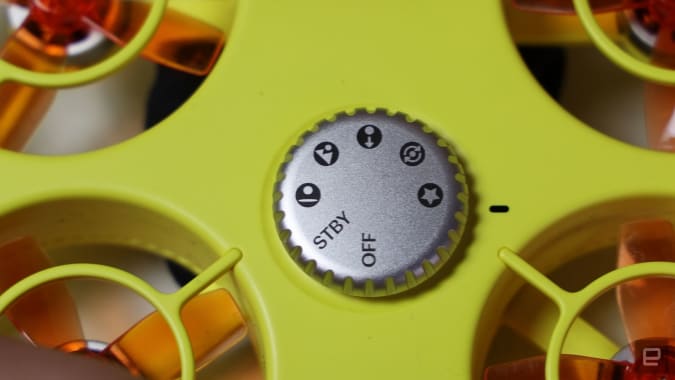 Pixy will complete between five and eight snapshots before requiring any recharge, this drone weighs less than a pound and won’t exactly use big batteries.

Though Snap is only distributing a limited copy of this device because they expect it to appeal to a specific kind of Snap users, but the possibilities and potentials of this creation remain largely untapped. This device is available in the US and France.

Bobby Murphy, the drone and Snap broader AR goals, Cofounder, and technology chief, in an interview with WIRED, wouldn’t say how many of the products he expects to sell well, but mentioned that the company aims to “create something that resonates with our community”. This statement aligns with the earlier goals and hardware efforts of the company.

With 16GB storage Pixy can save up to 100 videos and quite a sum of pictures, it is lightweight at 101 grams and the resolution of the video shot is 2.7k and the camera is 12 megapixels.

Pixy is not water-resistant and might not be able to complete its flight part where it is windy, users are also advised to avoid drone utility near areas with high reflective surfaces or where there is an abrupt change in elevation such as a balcony or cliff.

Video shots on Pixy don’t capture sound but the users will be able to edit and add music much later when editing the footage on Snapchat, adding voice-over and other effects.

To use the drone, users will press a button and select flight path: hover, orbit, reveal, favorite, and follow.

Selecting follow, for instance, the drone will follow you as you move from one spot to another, maybe on a hike or a walk or wherever you are going. Pixy will automatically take videos of snapshots during this flight.

It will take captures while flying in the air before getting back to your palm. It is ready to fly without a moment’s pause, it doesn’t have a controller but uses a simple setup, all you must do is set it to a flight by choosing a flight path, and the drone will take care of the rest.

In 2016, when the Snap brand launched their first product, the Spectacles camera glasses, and then move on to the AR glasses it showed off last year and was built for developers, it is also no news that Snap always creates a ripple effect around its hardware business.

This new drone relies on computer vision and recognition technology to enable it to identify people’s faces and body parts, so it can fly around pixy users capture the best possible angles of photo shorts and video clips and wirelessly transmit to user’s Snapchat memories.

During the Snap’s virtual partner summit, in conversation with Murphy, the company has clearly outlined that will it focus on the AR technology, because this AR tech makes it stand out on the social media landscape, for this reason, it has many more millions of daily activities than Twitter does, and this invention called Pixy will throw open the doors for more users to flood in for the services and pleasure, Snap provides through this drone.

Conclusively, this drone will point Snapchat users into a new frenzy and no doubt millions are already vying for a shot of this device.

How to Split Screen on Windows 11 The Best 10 OLED Laptops in Nigeria iPhone 13- Price and Full Specifications 2022 Apple iPhone 13: Expected Release Date, Price, and Specs in Nigeria Best Graphics Card for Every Budget in Nigeria 2022

10 must have car gadgets and accessories

How to make money on Tiktok using the Tiktok Pulse Program

TOP 10 BEST LAPTOPS WITH THUNDERBOLTS 3 2022: THEIR FEATURES AND PRICES IN NIGERIA

How to Play Wordle