Youtube to Tighten Child Protection Through Age-Gates Feature, But Would it Make Much Difference?

YouTube is bringing in more artificial intelligence measures to put age restrictions on more of the content that appears on its platform. Similar to how its previous machine learning techniques worked, the new measures will seek to identify more content that should be limited to viewers within certain age ranges.

People who use the site will have to sign in to their accounts before watching videos that are age-restricted, even if the videos are to be accessed from third-party platforms. 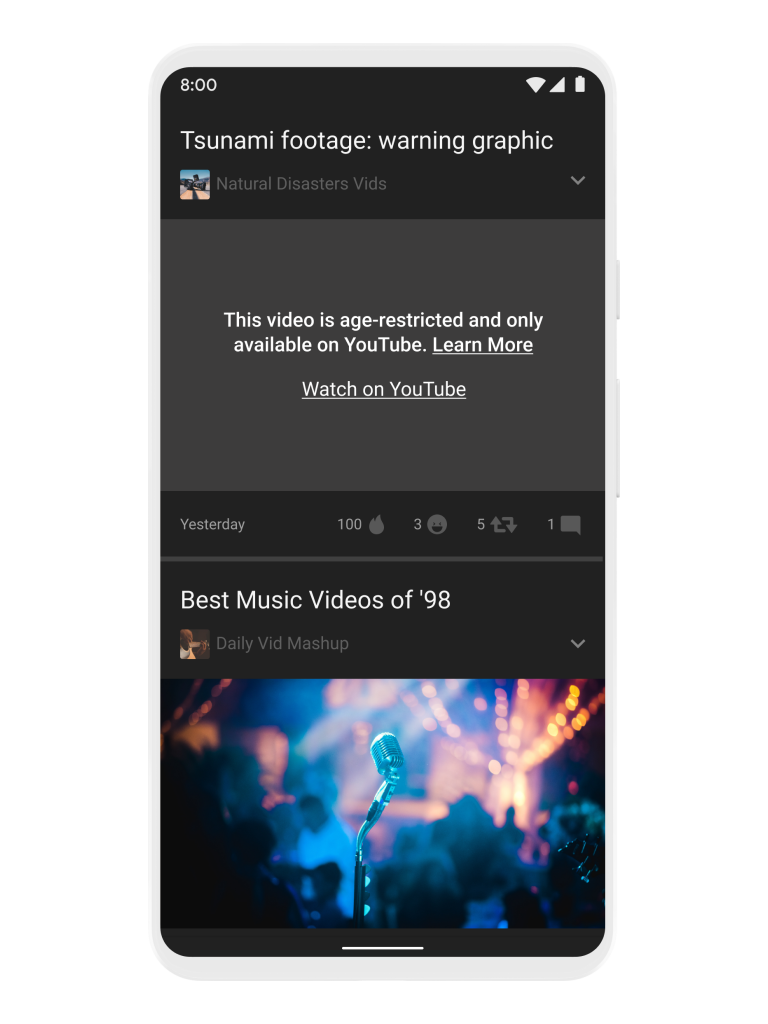 The age restriction is to be introduced because of the criticisms that the streaming company is receiving from concerned parent groups and advocacy boards over the website being unsafe for children. Although there is the children’s version called YouTube Kids, the videos on the main YouTube platform have virtually been free for consumption by all.

At the moment, the company’s trust and safety team put restrictions on videos that it comes across during its reviews. But following the AI measures which will be rolled out over the coming months, videos on YouTube will now have an age-gate; an enquiry session that can be passed only by people of specific ages.

Suggested read: All You Need To Know About The New Tiktok Look-Alike, Youtube Shorts

Mistakes are expected as the rollout takes effect, as labels and warnings can be applied to videos that do not require them. However, content creators with the YouTube partner program can send feedback to the company when that happens.

In some parts of the world, users may also be asked to provide documents that verify their age. Users in the European Union may have to upload a valid ID or credit card if YouTube is unable to establish their age.

Part of the company’s announcement reads, “In line with upcoming regulations, like the European Union’s Audiovisual Media Services Directive (AVMSD), we will also be introducing a new age verification step over the next few months.”

“As part of this process, some European users may be asked to provide additional proof of age when attempting to watch mature content. If our systems are unable to establish that a viewer is above the age of 18, we will request that they provide a valid ID or credit card to verify their age.”

The issue of child protection online has been a recurring one, with tech giants seeming unable to proffer lasting solutions. With school and learning in Africa slowly but surely migrating online due to the pandemic, the need for child protection couldn’t be more pressing.

Therefore, could we expect this new Age-gate initiative to make a huge difference in Africa, or is it still more speculative than actual?

Machine Learning engineer, Adebayo Oshingbesan does not think the feature will make much difference in Nigeria or in Africa as a whole. According to him, the market primarily considered is the western market and not Africa.

“The age-gate will work in theory but a lot of things can go wrong. Algorithms make mistakes and videos can be wrongly labelled.

“In Nigeria however, there will be difficulty in verifying that someone is as old as s/he claims to be. The absence of a digitized database that contains details such as the birth certificate and other specifics means that anyone can obtain an affidavit that says what they want it to say and use that for other processes,” Adebayo said.

YouTube will verify users’ age from the information provided in their Google accounts during registration. The document uploads will only be required in places like the EU that are putting regulations in place concerning age limits and access to different forms of media and there are no such regulations being enforced for platforms like YouTube in Nigeria.

This means that as Adebayo said, the machine learning measures will work in theory but the impact may not be sizeable in Nigeria and most African countries.

The post Youtube to Tighten Child Protection Through Age-Gates Feature, But Would it Make Much Difference? appeared first on Technext.